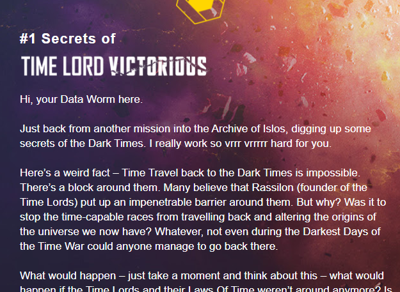 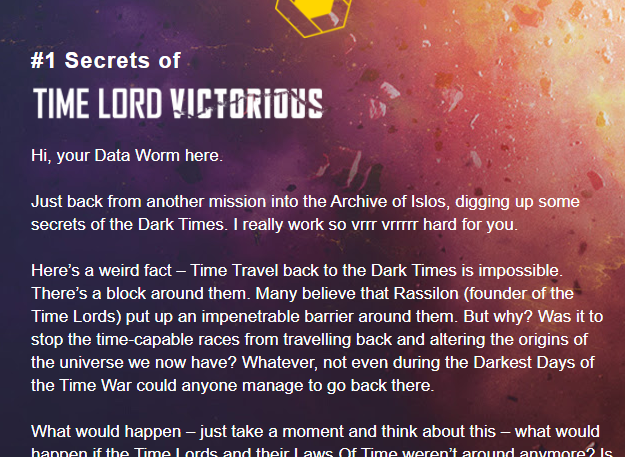 A Data Worm breaks into the Archive of Islos to dig up the secrets of the Dark Times. The Archivians detect the Data Worm and trap it in the Archive's systems, but it still finds a way to keep on sending messages out. It sends messages to its owner concerning what it's learned about the barrier stopping time travellers from visiting the Dark Times, the Kotturuh, the Great Vampires, the Lesser Order of Oberon, Mordeela, the Hond, and the Record of Rassilon.