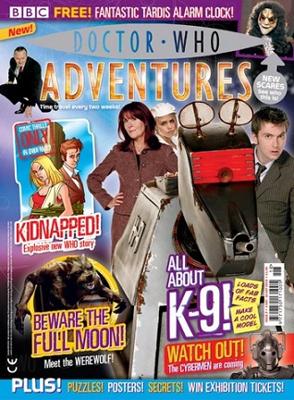 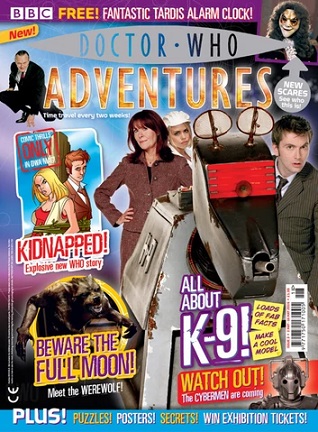 It's Indonesia in 1883. The Doctor and Rose escape from being tied to a post by the local islanders. The islanders spoke about Men of Flames who are destroying their land.

Racing through the jungle, they hide behind a waterfall. It leads underground where they find the Chalderans (a silicon-based, flame-red, horned life form, with an incredibly high body temperature) who surround the Doctor and Rose and capture them. They torture the pair by hanging them upside down for an undetermined period of time, it is here that the Doctor reveals to Rose that they mine planets for lava leaving them totally dead.

However, The Doctor convinces them they have been drilling in the wrong direction. They start to argue amongst themselves and the sonic screwdriver on auto gets them free. The Doctor and Rose run for the TARDIS, but are chased by some of the Chalderans until they run through the waterfall as the pursing Chalderans are killed when they run into the waterfall. Soaked-through, but relieved to be free, the pair decide to head back to the Tardis as the volcano prepares to erupt.

In the TARDIS the Doctor and Rose watch from a safe distance as the island explodes, killing the remaining Chalderans. The island's name, the Doctor tells Rose, is Krakatoa. When it exploded. it destroyed two-thirds of the island. For more stunning displays, the Doctor suggests the mating Fire Dragons of Ket-el or the lovely twin supernova out near Deneb-3.