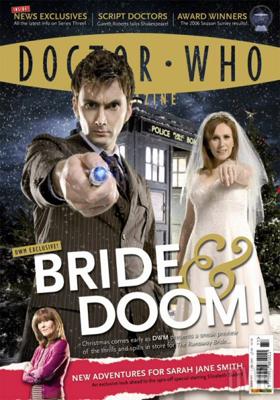 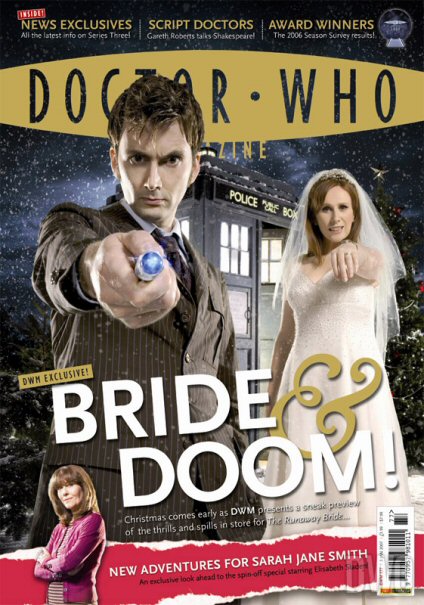 The Green-Eyed Monster is a Tenth Doctor comic story originally published in Doctor Who Magazine #377.

Rose Tyler wakes to find herself alone in the TARDIS. She leaves the vessel to find herself in the middle of a chaotic alien TV talk show, the Vanexxa Skank Show, and she's the star. She finds herself faced with bizarre stories about her relationship with the Tenth Doctor from none other than Mickey Smith, who suddenly has an Amazonian girlfriend named Phalia. Things get even worse when she discovers the Doctor has become her mother's boyfriend! Rose's seething jealousy holds the key to saving her life.