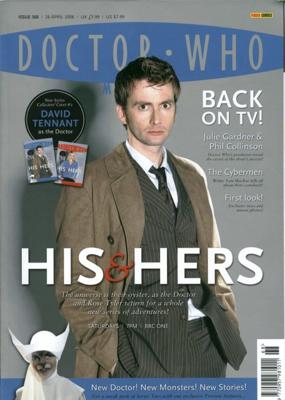 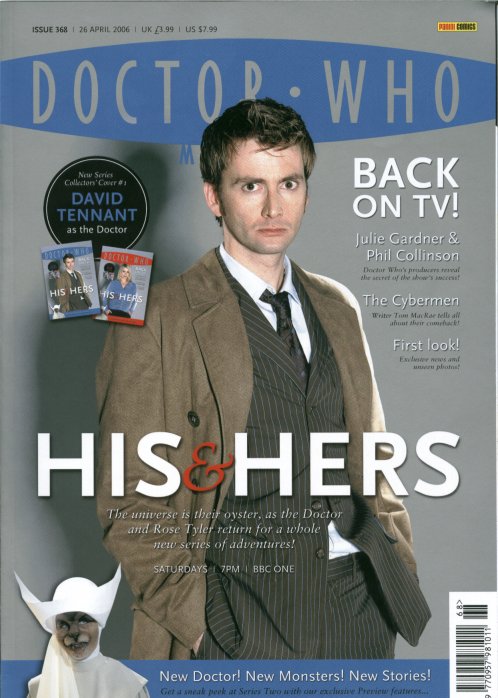 The Lodger was a one-part comic story in the pages of DWM 368. It featured the Tenth Doctor and Mickey Smith and served as the basis for writer Gareth Roberts' later Eleventh Doctor television story of the same name.

It was further notable for giving readers a glimpse into Mickey's post-Christmas Invasion life. This was useful for contemporaneous readers. Since DWM 368 came out at the start of the broadcast of series 2, rumours abounded about Mickey actually joining the TARDIS crew. This story served as a reminder of Mickey's past with the Doctor and Rose and foreshadowed some of the tensions between the Doctor and Mickey that played out over the course of the second series.

Due to a mishap in the TARDIS, The Doctor is stranded on present-day Earth, whilst a trapped Rose drifts through the time vortex in the TARDIS. Trying to save her, the Doctor is forced to move in with Mickey, who is attempting to move on with his life by starting a relationship with a local girl called Gina. But as the Doctor turns Mickey's life upside down for the second time, the Time Lord remains unaware that an alien spaceship is approaching Earth, with plans to destroy it. Can the pair settle their differences to save the world - and Rose?