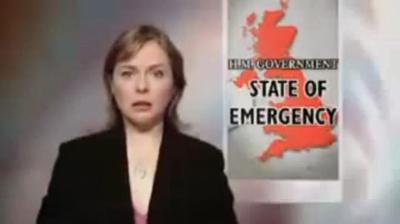 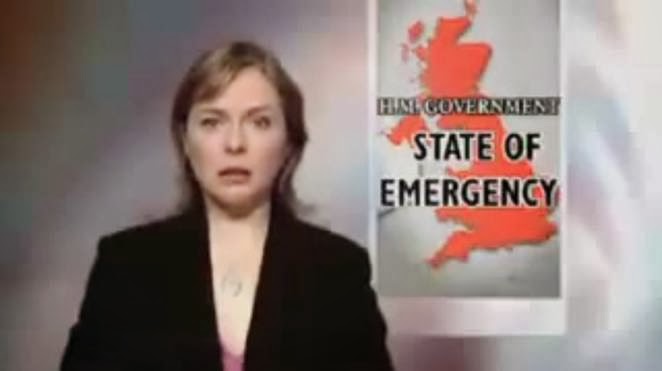 Tardisode 13 was the thirteenth and last of the Tardisode series of mini-episode prologues to Doctor Who series 2. This Tardisode was a part of the episode Doomsday.

An emergency news broadcast is shown. A female news reporter informs the viewer that the country is in a State of Emergency. The Cyberman invasion is shown, with cars exploding, people running and screaming and other scenes of destruction and terror. We return to the newsroom, and the reporter behind the desk informs us that they have lost contact with the government, and if anyone is still watching to run as fast as they can. The graphic behind her changes to the footage from earlier, and the transmission is met with interference. The studio begins exploding around her. The reporter addresses her own parents to flee from the Cybermen. Finally, she cowers under her desk as a Dalek enter the room, proclaiming "We are the Masters of Earth." "Daleks conquer and destroy!" and "Exterminate!"