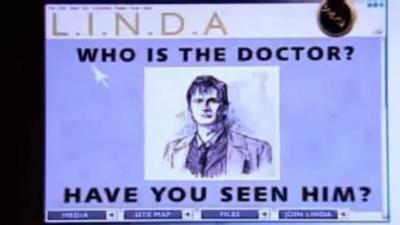 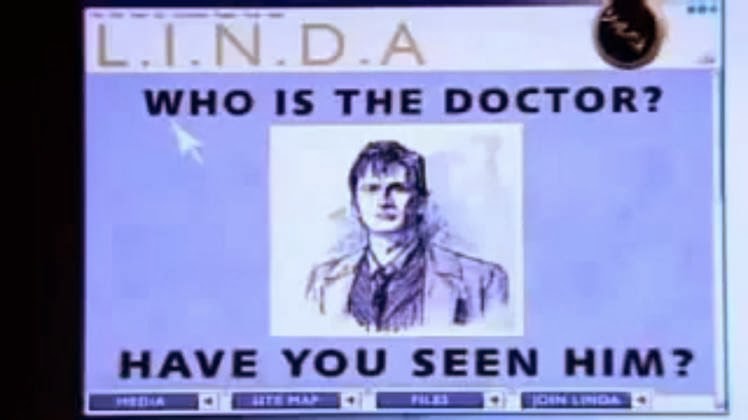 Tardisode 10 was the tenth of the Tardisode series of mini-episode prologues to Doctor Who series 2. This Tardisode was a prelude to the episode Love & Monsters.

A mysterious figure is using a laptop to access a website titled L.I.N.D.A . It shows a hand-drawn sketch of the Doctor and the text "Who Is The Doctor?" followed by "Have You Seen Him?". The user clicks on the "Join L.I.N.D.A." button, causing the picture to change to a sketch of several people in a room, with the caption: "WE HAVE!"

Text appears that reads "Last Updated - WHOOPS! Ages ago, sorry - ELTON". The user clicks again on "Join L.I.N.D.A.", which makes the screen display the following text: "But L.I.N.D.A. is a secret organisation. So we can't tell you where... If you need us...You'll find us." The user points a strange silver object at the laptop, which changes the display to read "PRIMITIVE COMPUTER PAGE". The screen displays a map and text saying "TRACK SOURCE". The map closes in on Maccateer Street before the screen goes blank. An old lady enters the room carrying a tray. As she turns around, her expression turns to horror, and she is bathed in a green light. The heavy breathing of the unseen figure turns into a slurping and growling and the old lady shouts "No!"...