Tardisode 8 - Prelude to The Impossible Planet 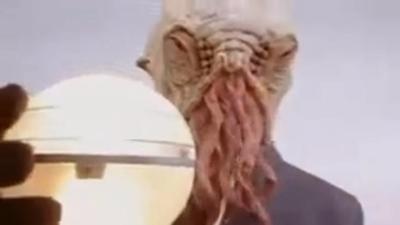 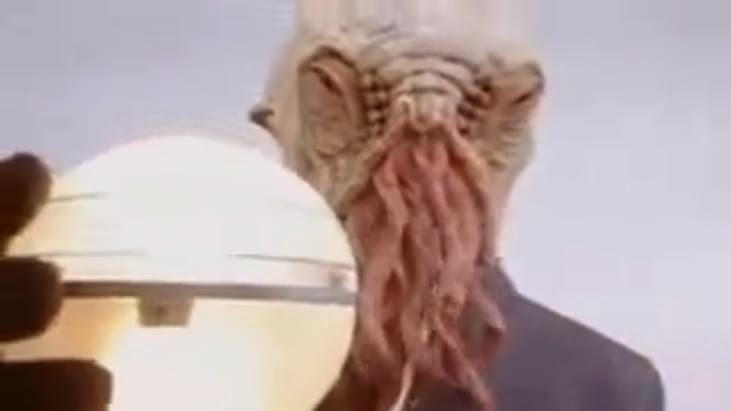 Tardisode 8 was the eighth of the Tardisode series of mini-episode prologues to Doctor Who series 2. This Tardisode was a prelude to the episode The Impossible Planet.

A woman in a suit tells Captain Walker of a black hole called K37 Gem 5, orbited by a planet. She asks him to bring back the power source that keeps the planet in orbit and become the "man who saved the Empire." When asked how she found out about it, she produces a small book containing alien writing and what appears to be a map; it was found by the "Galis Expedition". Walker passes the notebook to someone standing behind him. It appears the location Walker needs to go to is on the other side of the galaxy. The woman tells him that all they have to go on is the map and "local myths", but assures him that it's superstition, and Walker will have a "top class" ship and crew. Finally she wishes Walker luck, and he leaves, passing the person he handed the notebook to, an Ood, who simply says "And the Beast will rise from the pit."