A Bell Ringing in an Empty Sky 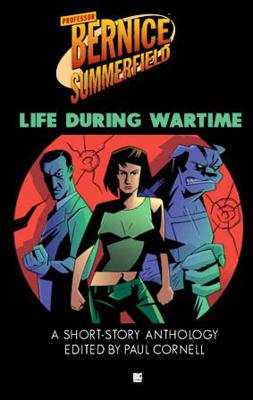 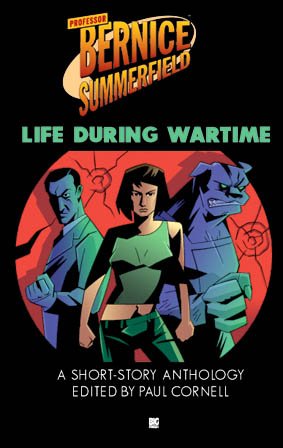 Life During Wartime was the third Bernice Summerfield prose anthology published by Big Finish Productions. Throughout its 25 stories it tells the story of the Braxiatel Collection's occupation by the Fifth Axis and leads into the next audio story Death and the Daleks. This was the last Bernice Summerfield anthology to be edited by Benny's creator Paul Cornell.

The Braxiatel Collection has been occupied by the Fifth Axis. This shouldn't have happened: Brax picked this place to be safe, and surely he knows the history of time and space?

Bernice and her friends find themselves living under a military government. Bev joins the resistance. Adrian is thrown into a prison camp for aliens. Jason finds a comfortable little niche for himself in the new administration. Bernice's half-human son, Peter, is now under threat every minute of every day.

Bernice finds herself caught in the middle of the occupation, her old friends, and her desperate need to protect her child.