< The Vortex
The Complete Guide to Doctor Who? > 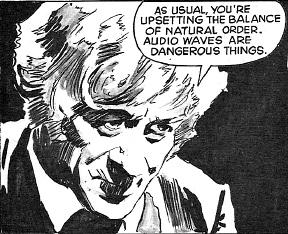 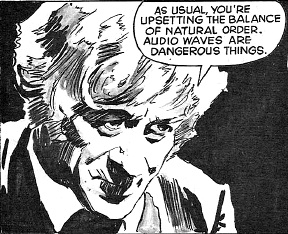 The Unheard Voice was the final outing for the Third Doctor in TV Action, cutting short the Doctor Who comic strip one issue before the demise of the magazine. TV Action would have one more story to debut, in their annual of 1974 but this was the last regular comic strip in a series that had run almost uninterrupted since the first issue of Countdown. From here, the Third Doctor would again grace the pages of TV Comic, the traditional 1960s home of the Doctor Who comic strip.

It was reprinted as a Fourth Doctor comic strip story in the TV Comic Holiday Special 1978.