< The Trodos Ambush
The Zombies >

The Doctor Strikes Back 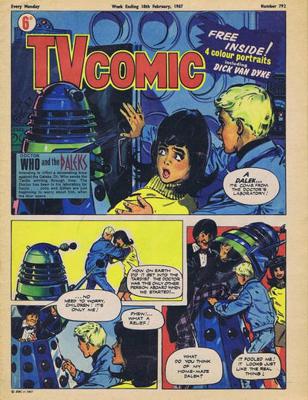 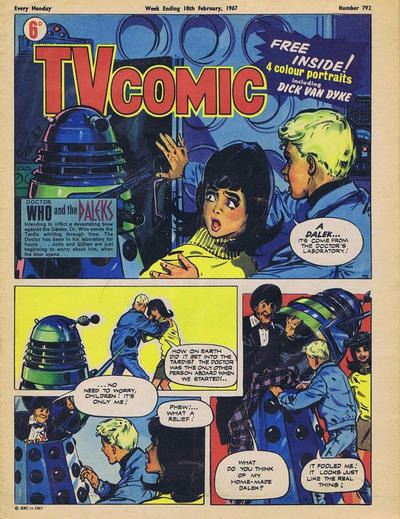 The Doctor Strikes Back was a TV Comic story featuring the Second Doctor, John and Gillian.

Doctor Who comic strip, featuring the Daleks in nine stories / thirty five instalments. 19671977. Beaverbrook / Polystyle Publications Ltd. Although TV Comic included a Doctor Who strip from 1964, City Magazines' TV Century 21 title held the rights to use the Daleks in comic strip form until 1966. Consequently, the Daleks were absent from TV Comic until the January 1967 story 'The Trodos Ambush'. Subsequently, the rights passed to Countdown / TV Action from 1971 to 1973, returning once again to TV Comic between 1974 and 1977.