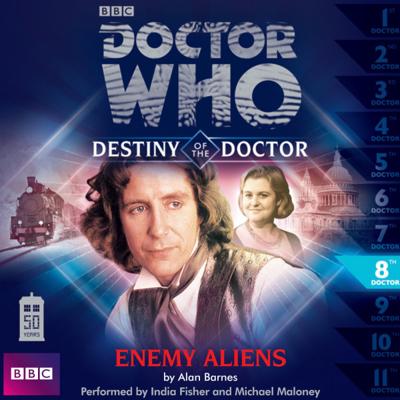 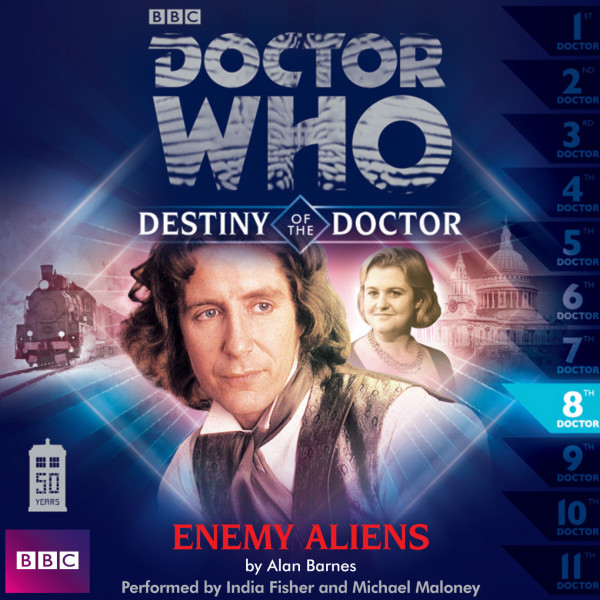 1935: a message from a Time Lord in trouble sends the Eighth Doctor and Charlotte ‘Charley’ Pollard to the streets of London’s West End, in search of a mysterious alien adversary – unaware that something monstrous is already on their trail.

They soon discover that an insidious conspiracy is indeed at work, its tentacles extending the length of the British Isles. Proving its existence won’t be easy, however, after a confrontation in a music hall ends up with the Doctor under arrest and Charley on the run, suspected of murder. All their hopes rest in a musical clue and a man named Hilary – neither of which are much consolation, with the two time travellers the object of a nationwide manhunt.

And all the while, the enemy aliens are drawing closer and closer still…