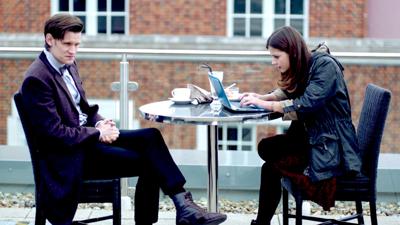 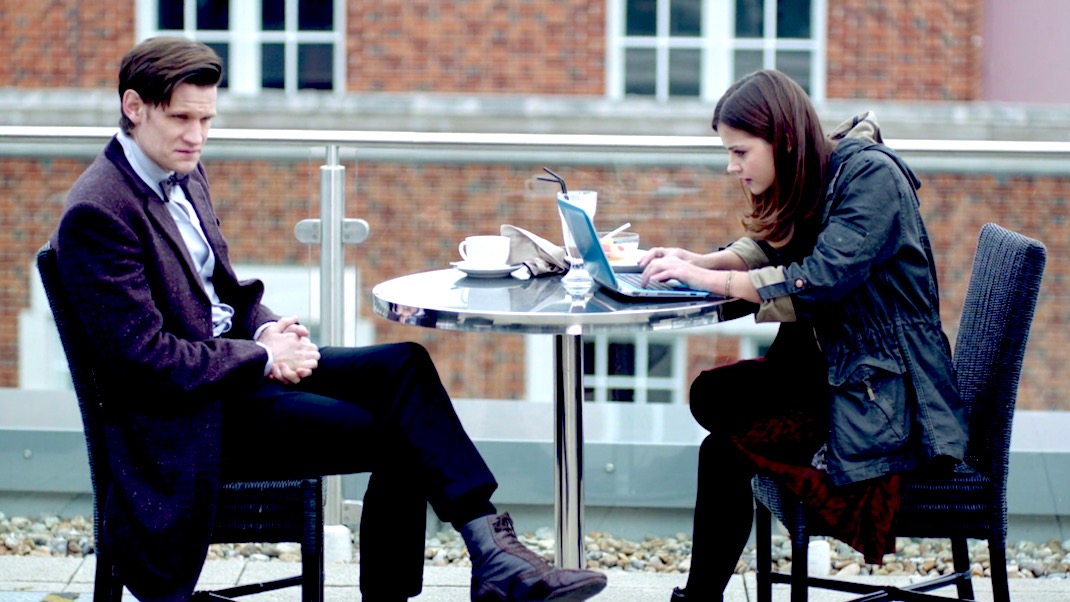 The episode opens with a man on a computer screen describing how human souls are being uploaded to the internet when people use their computers to log into a certain Wi-Fi network. The man reveals he has been uploaded and is lost.

Following the events of the prequel, the Doctor has retreated to a monastery in Cumbria in the year 1207 to contemplate the mystery of Clara. The monks disturb him one day to tell him that "The bells of Saint John" are ringing. The Doctor requests a horse and rides it to a nearby cave where he has left his TARDIS. He is surprised to find the TARDIS exterior phone ringing, and answers it. On the other end is Clara, whom The Doctor initially doesn't recognize. She is calling for help with her computer, and The Doctor is about to hang up on her until she uses the phrase "Run you clever boy and remember" as a mnemonic for her password. The Doctor immediately sets off to meet her in person.

When he arrives, Clara refuses to let him in or talk to him. The Doctor decides to change out of his monk's clothing and when he returns he finds Clara unconscious and being "uploaded" via a mobile robotic server disguised as a young girl. The Doctor takes Clara's laptop and halts the upload, sending the uploaders a message that Clara is under his protection. The head of the uploaders, Miss Kizlet (Celia Imrie), informs her client that The Doctor has intervened as feared. Another mobile server, this time diguised as a man, is dispatched to Clara's house to retrieve her again. The Doctor and Clara are outside when the uploaders cause an airplane to begin descending directly at them. The Doctor and Clara board the TARDIS and land on the plane where The Doctor revives the crew and saves the plane from crashing.

The Doctor takes Clara via TARDIS to the next morning, and they go to a caf? to try and work out what's happening. Clara uses computer skills that she picked up from her uploading experience to track the uploaders back to their base at The Shard. The Doctor encounters people inside the caf? under the control of Miss Kizlet who distract him long enough for a server disguised as The Doctor to upload Clara completely. An angered Doctor sets out to The Shard on an anti-gravity motorbike and crashes it into Miss Kizlet's office. He demands that she release all the minds that have been uploaded, including Clara's but Miss Kizlet refuses. The Doctor then reveals that he is still back at the caf? and that she was actually talking to the server that he had hacked which he then uses to upload Miss Kizlet to the network. Trapped in the network, she orders her subordinates to release everyone and Clara is restored.

Miss Kizlet, now restored, contacts her client to report her failure to him. The client is shown to be the Great Intelligence, who orders her to reset all people working there, including herself, clearing their memories in the process. As UNIT storms in to shut them down, the uploaders all lose their memories. Miss Kizlet is reduced to the mentality of a small child. Meanwhile, The Doctor takes Clara home and offers her a chance to travel with him, which she rebuffs. She tells him to come back the next morning, as she may change her mind by then.