Bessie Come Home: Beyond the Doctor 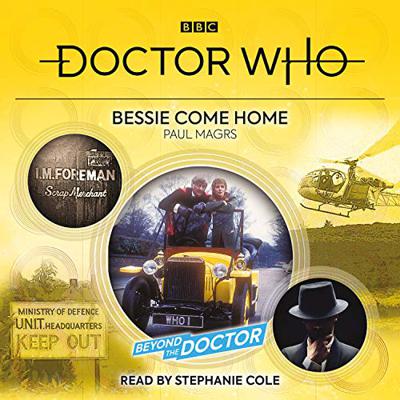 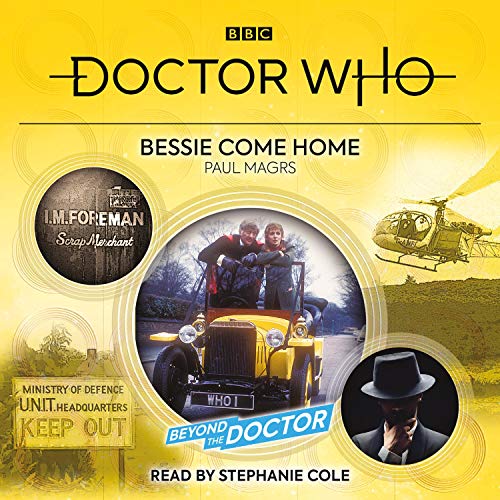 It's been many years since a certain yellow Edwardian roadster was a key member of personnel at UNIT. As the Doctor's personal transport, Bessie was on the spot for many of his Earthbound adventures. Those were the glory days, when Bessie stood side by side with the Doctor, the Brigadier, Captain Yates and a parade of plucky young assistants.

Yet Bessie's remarkable life began decades earlier, at the dawn of a new century, and it has continued beyond the UNIT years. Indomitably she lives to tell the tale, and is only too keen to do so. Thankfully her new owner, kind Mr Foreman, has time enough to listen to her story.

But a serpent lurks in the shadows of the scrapyard. Someone else would like to acquire Bessie - seemingly at any price. After all, she holds a great deal of information about the Doctor....

Stephanie Cole brings Bessie to life in this intriguing and heartwarming tale from Paul Magrs (The Nest Cottage Adventures, The Winged Coven, The Thing from the Sea).