< The Menace of the Monstrons
The Archives of Phryne >

Eve of War / A Fresh Start 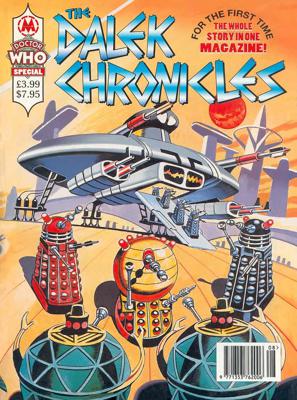 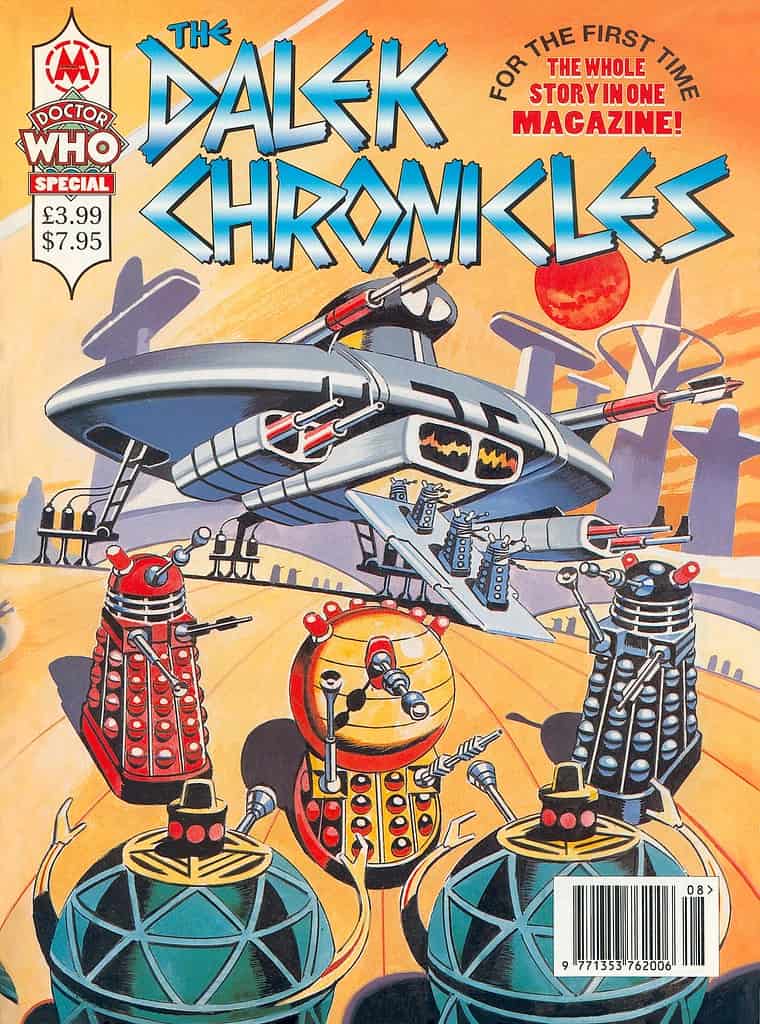 Eve of War, reprinted as A Fresh Start in The Amazing World of Doctor Who and as Eve of the War in The Dalek Chronicles, was a The Daleks comic story written by David Whitaker.

the first story to feature the Mechonoids in comic form and as an explicit enemy of the Daleks. This story was also notable for its change of artists mid-way through the story, resulting in differences in style of Daleks, ships and all style and painted elements of the story. The Daleks' design shifted from one based on their appearance in the first Dalek story The Daleks to a design similar to the Dalek film (Dr. Who and the Daleks) released the year this story was first published.