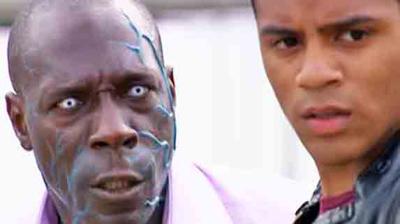 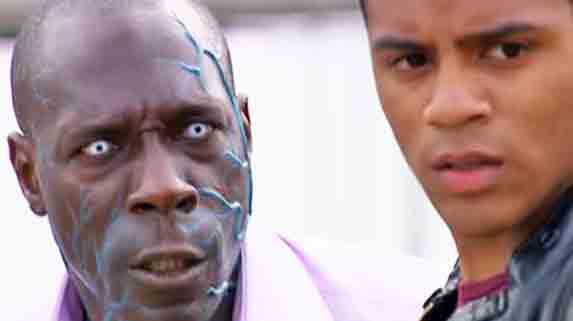 The Mark of the Berserker was the fourth serial of series 2 of The Sarah Jane Adventures. It was written by Joseph Lidster and directed by Joss Agnew. It featured Elisabeth Sladen as Sarah Jane Smith, Tommy Knight as Luke Smith, Daniel Anthony as Clyde Langer, Anjli Mohindra as Rani Chandra and Alexander Armstrong as Mr Smith.

It was mainly notable for introducing Clyde Langer's mother and father. Although Clyde's father was central, the story was unique in being the only one to feature the fathers of all three of the series' primary child characters: Langer, Jackson and Chandra. It even ended on a soft cliffhanger of Sarah looking at a picture of her father, who would appear in the next episode.

The story had some other remarkable features.

Sarah was absent for much of the proceedings, but depicted in part one as being engaged in comparatively ordinary journalism regarding a hospital scandal. In part two, it was revealed that in fact she was tracking a Travast Polong, the same sort of slug-like creature that would return in The Wedding of Sarah Jane Smith.

Furthermore, part two was one of only two episodes of the series to credit both Yasmin Paige and Anjli Mohindra, and the only episode of the entire series to show a conversation between Maria and Rani. Barring archive footage and photographs, it was the final appearance for both Maria and her dad.