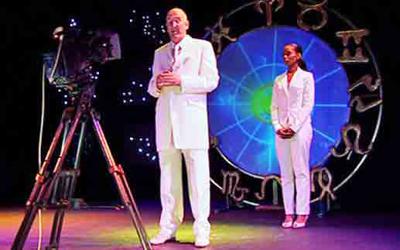 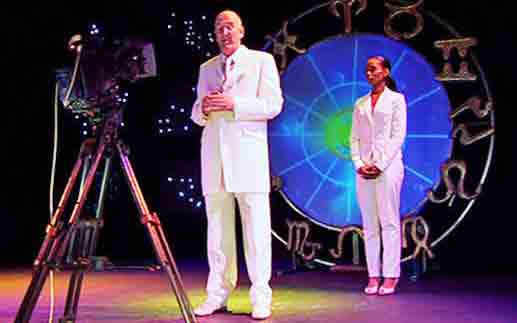 Secrets of the Stars was the third serial of series 2 of The Sarah Jane Adventures. It was written by Gareth Roberts and directed by Michael Kerrigan. It featured Elisabeth Sladen as Sarah Jane Smith, Tommy Knight as Luke Smith, Daniel Anthony as Clyde Langer, Anjli Mohindra as Rani Chandra and Alexander Armstrong as Mr Smith.

It explored the origins of the Zodiac calendar and the mystical connections to it. Notably a first, the antagonist used precognitive abilities to discern extraordinarily accurate knowledge of Sarah's past within moments of meeting her, including things he should not know by normal means, such as her travels with the Doctor, something that she would only reveal to her closest friends. There was also a brief flashback to her reunion with the Tenth Doctor, his first appearance within the narratives of The Sarah Jane Adventures.