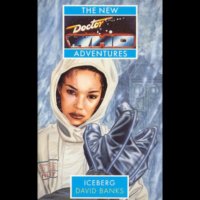 "Depends on how you define alien," the Doctor said simply. "They were human once."

In 2006 the world is about to be overwhelmed by a disaster that might destroy human civilisation: the inversion of the Earth's magnetic field. Deep in an Antarctic base, the FLIPback team is frantically devising a system to reverse the change in polarity.

Above them, the SS Elysium carries its jet-set passengers on the ultimate cruise. On board is Ruby Duvall, a journalist sent to record the FLIPback moment. Instead she finds a man called the Doctor, who is locked out of the strange green box he says is merely a part of his time machine. And she finds old enemies of the Doctor: silver giants at work beneath the ice.