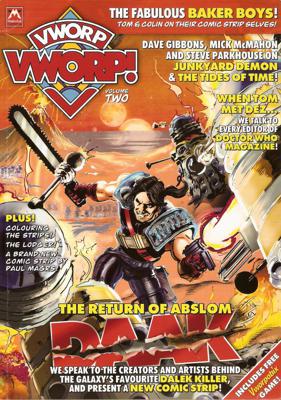 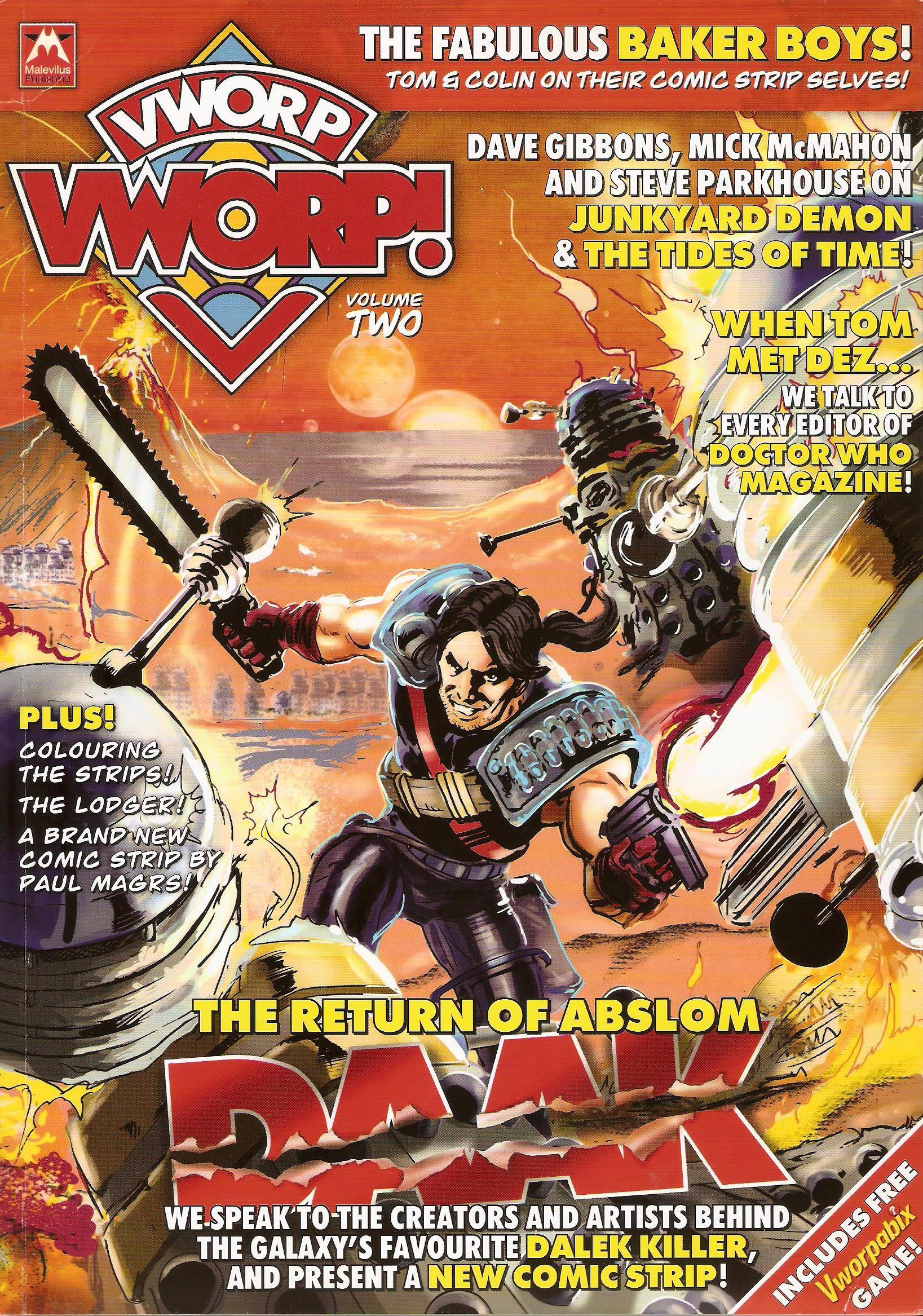 Vworp Vworp! is a fanzine dedicated to celebrating the comic strips of Doctor Who Magazine and thirty years of the magazine itself.

The first issue was released, after much planning, in February 2010. It came with two different covers. One showed all eleven Doctors by different artists. This variant was limited to a thousand copies. The other cover, limited to a hundred copies, showed the Fourth Doctor. It included a set of free transfers, mirroring the first ever issue of Doctor Who Magazine (then Doctor Who Weekly).

Issue 2 was scheduled for release in late August 2011. It featured the return of notorious Dalek killer, Abslom Daak. The main cover featured an picture of Daak by Mike Collins, while the variant cover was a pastiche of Doctor Who Monthly's early covers, again featuring the Fourth Doctor, this time with the Junkyard Demon. These covers were again limited to one thousand and one hundred copies respectively. The magazine also included an interview with former Doctors Tom Baker and Colin Baker on their comic strip selves. It came with a free "Vworpabix" board game, parodying the Weetabix game from the 1970s.