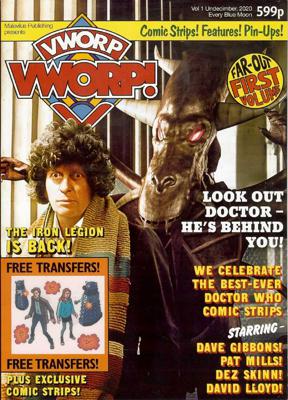 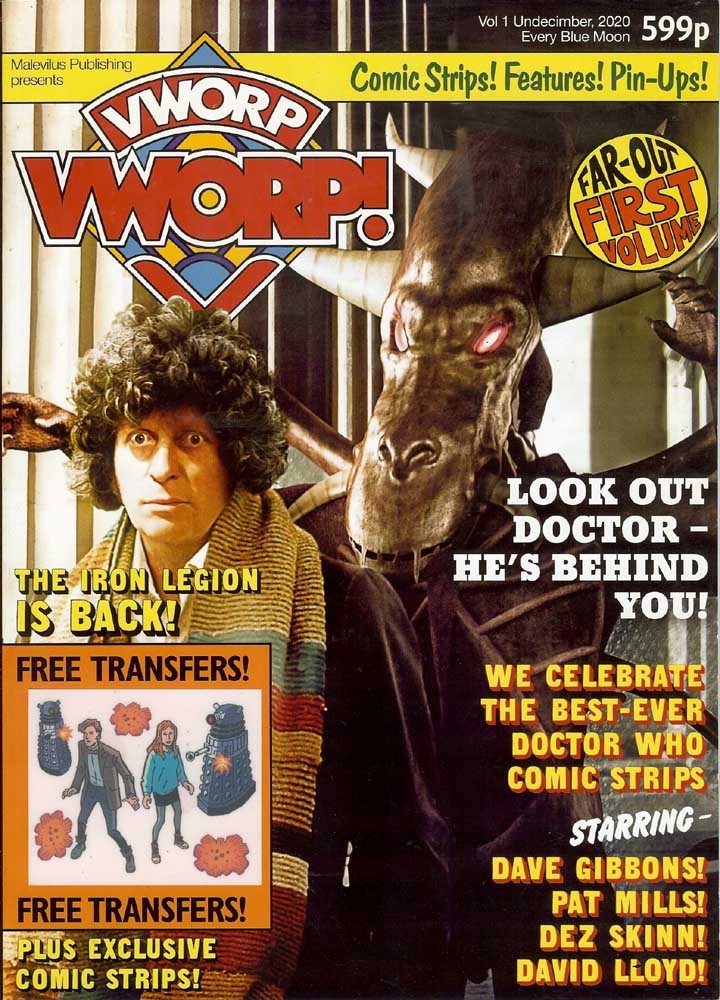 Vworp Vworp! is a fanzine dedicated to celebrating the comic strips of Doctor Who Magazine and thirty years of the magazine itself.

The first issue was released, after much planning, in February 2010. It came with two different covers. One showed all eleven Doctors by different artists. This variant was limited to a thousand copies. The other cover, limited to a hundred copies, showed the Fourth Doctor. It included a set of free transfers, mirroring the first ever issue of Doctor Who Magazine (then Doctor Who Weekly).