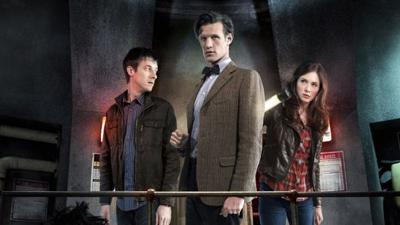 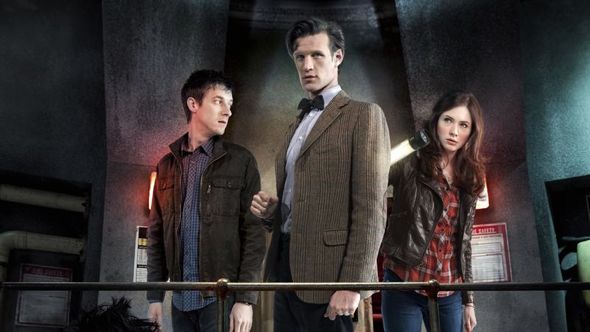 Following from "The Rebel Flesh", the Doctor, Amy, Rory and Foreman Cleaves and her staff of a hazardous acid factory housed in an old island monastery have discovered that several "Gangers" of the plant crew exist, created from a living organic liquid called the Flesh as a result of a recent solar tsunami. The Gangers have turned against their human counterparts, forcing the humans to take shelter in a secured commons area. There, they discover that a Ganger of the Doctor exists, differing only from the real Doctor by his shoes. Though the Ganger Doctor appears ready to help the crew to contact the mainland to request rescue, Amy is distrustful of the being, particularly after it advances on her after she asks about the Doctor's death she witnessed ("The Impossible Astronaut"). Eventually, Cleaves orders the two Doctors separated; the Ganger Doctor and another crewman go looking for Rory, who had gone off alone to find the emotionally-distraught Jennifer, another of Cleaves' crew.

Meanwhile, the other gangers have regrouped, led by Ganger Cleaves. She realizes that she is suffering from the same terminal illness that the human Cleaves is suffering, and questions their need to kill their counterparts. The group is spurred on by Ganger Jennifer who insists the humans must die. As Ganger Cleaves orders her group to stay one step ahead of the humans, the Ganger Jennifer kills the real Jennifer, and then stages a fight with another Ganger Jennifer to fool Rory that she is the human version. Ganger Jennifer leads Rory to a console, claiming it will restore power when instead it disables the cooling system for the acid, making it dangerously unstable. She then convinces Rory to lead the human group into the acid storage chamber and traps them inside; crewman Jimmy is killed trying to stall the acid release.

Later, the Ganger Doctor has met with the other Gangers, and discovers their unwillingness to proceed. The Ganger Doctor uses the opportune call of Jimmy's son on his birthday to convince the Ganger Jimmy and the other gangers they are just as real as their human counterparts. Ganger Jennifer becomes furious at this display and rages off; the other Gangers agree to work with the humans to escape the facility. They free the humans trapped in the acid storage room, and race off through the crypts below the monastery, chased by a savage Ganger Jennifer who has transformed herself into a monster. Both Ganger and human sacrifice themselves to stall the monster while letting the rest of the group escape. They eventually come onto a room where the TARDIS, having been trapped in a pool of acid outside, has fallen into the crypt. Ganger Cleaves offers to hold the door to allow the rest to escape, and the Doctor soon joins her, stunning Amy. To Amy's surprise, the Doctor reveals that he and his Ganger had switched shoes long ago; Amy's distrust of the Ganger was completely misplaced. Amy apologies to the Ganger Doctor, who accepts but warns her to "push, Amy, but only when she tells you to". As the surviving humans and Gangers escape to the TARDIS, the Cleaves and Doctor Gangers together face the monster, triggering a sonic screwdriver at the right moment to cause them and the monster to dissolve back into liquid.

Aboard the TARDIS, the Doctor indefinitely stabilizes the Gangers' forms, while providing Cleaves a cure to her terminal condition. He drops the factory crew at their headquarters where they plan to reveal the truth of the Flesh to humanity. As the TARDIS crew turns to leave, Amy starts feeling contractions. Back aboard the TARDIS, the Doctor admits his trip to the factory was planned: he wanted to investigate the Flesh in its raw form, as he has known for some time that Amy is a Ganger herself. He promises to her that he will find her before disrupting her form and turning her back to raw Flesh. Amy wakes in a pristine white tube; a slot opens on a wall revealing the "Eye Patch Lady", who informs Amy she is "ready to pop, aren't you". Amy looks down at herself, finding herself fully pregnant, and starts entering labour.