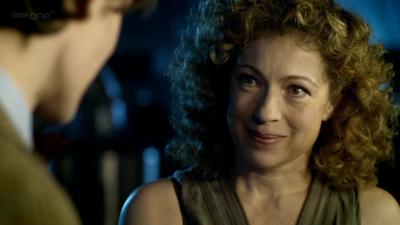 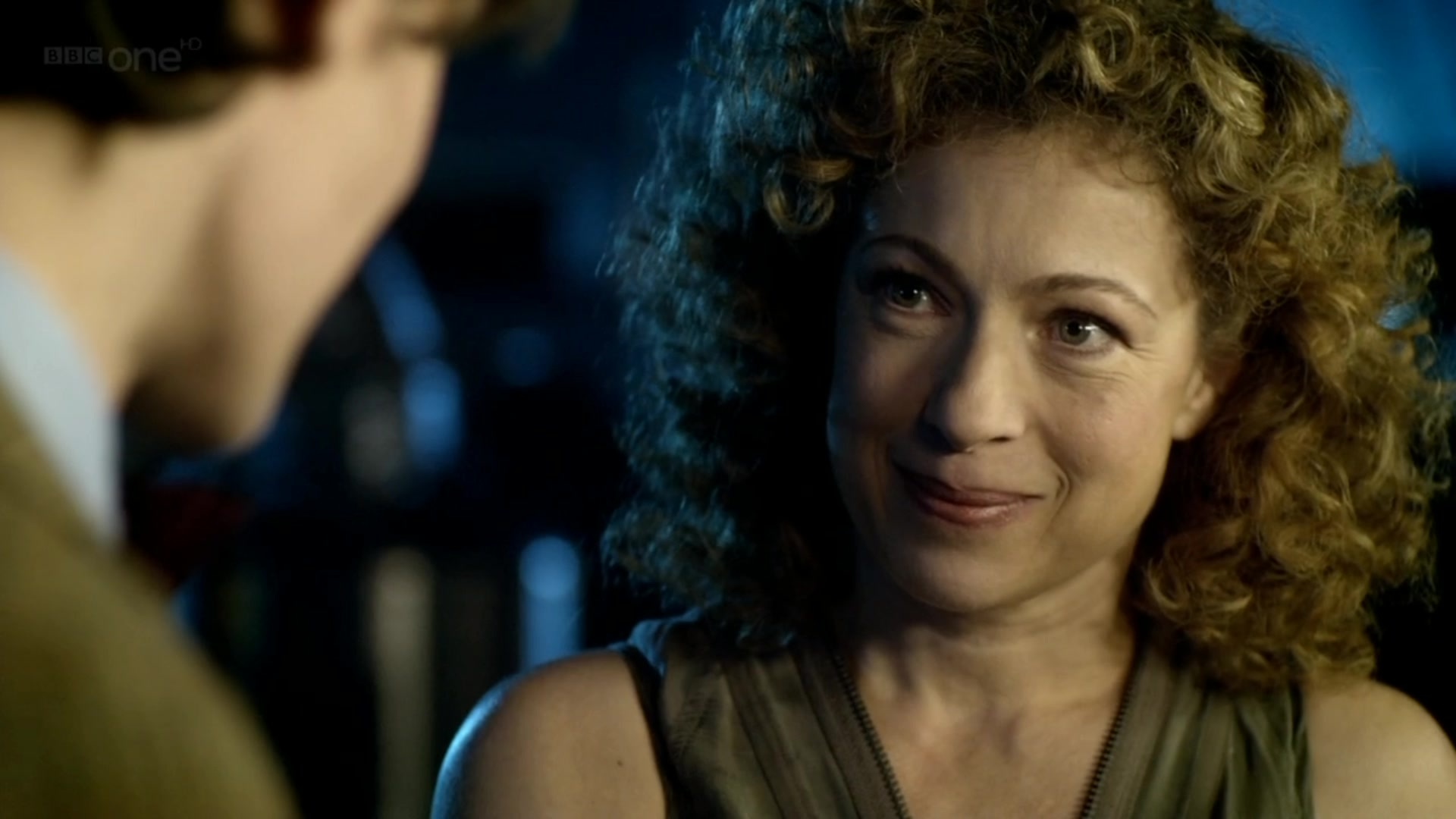 The Doctor (Matt Smith) and Rory (Arthur Darvill) have discovered that Amy (Karen Gillan), Rory's wife and the Doctor's companion, has been abducted from them and her place taken by an avatar made from "the Flesh", a semi-sentient being described by Moffat (Steven) as being made out of "eyeball fluid", they can create near perfect replicas of other individuals, and are able to change their molecular structure to suit their surroundings or needs ("The Almost People"), through which Amy has been experiencing events as if she were physically present. The Doctor has come to learn that the real Amy is being held on a secret asteroid base called "Demon's Run", and collects several old debtors from across time and space to lay assault on the base, including Sontaran Commander Strax (Dan Starkey), Silurian Madame Vastra (Neve McIntosh) and her human companion Jenny Flint (Catrin Stewart), and the black market trader Dorium Maldovar (Simon Fisher-Becker). Rory, after collecting information on the base's location from a Cyberman fleet, attempts to recruit River Song (Alex Kingston) from her Stormcage prison cell, but she refuses, saying she cannot be with the Doctor at this time as this battle is when he will discover her identity. Aboard the base, Madame Kovarian (Frances Barber), who has been watching over Amy during her pregnancy and has taken her child, Melody, from her, prepares her human troops to fight the Doctor alongside the Order of the Headless Monks who reside at Demon's Run; the monks are literally headless and incapable of being fooled or intimidated. Human soldier Lorna Bucket (Christina Chong), who had met the Doctor as a young girl in the Gamma forests, attempts to befriend Amy and gives her a cloth good luck token with Melody's name on it in her language. Amy warns Bucket of the Doctor's fury if she fights against him.

Assisted by additional Silurian and Judoon forces, the Doctor and his allies launch a surprise attack and secure the base. The Doctor and Rory free Amy and retake Melody before Madame Kovarian can escape with her. As the Doctor celebrates, considering this his greatest achievement, Vastra and Dorium discover that Kovarian has been scanning Melody and has found that the child has both human and Time Lord DNA. The Doctor surmises that Melody was likely conceived on Amy and Rory's wedding night aboard the TARDIS ("The Big Bang"), the baby's DNA influenced by the time vortex. The rest of the Doctor's allies regroup, and Amy and Rory tend to their daughter using an ancient wooden cot that the Doctor claims was his own. Meanwhile, Bucket has arrived and warns the group of Kovarian's trap, but they are too late as the TARDIS is blocked by a force field and they are attacked by the Headless Monks. Several Silurians and Dorium are killed immediately, while Strax and Bucket are fatally wounded in the battle. Meanwhile, Kovarian, well away from the base, contacts the Doctor, explaining that they will be using Melody as a weapon in the war against him. She takes delight in telling him he has fallen into another trap, and that "fooling [the Doctor] once was a joy, twice in the same way is a privilege". The Doctor races to the hangar to warn his friends, unaware that he is too late. At the same time, Kovarian appears to Melody in a hatch in midair, as she had to Amy's Flesh duplicate, and tells the baby to wake up. The baby dissolves into the Flesh liquid, leaving Amy horrified and in shock.

The Doctor arrives too late to help his wounded allies, and helps Rory to console Amy. Lorna Bucket dies, remembering her young adventure with the Doctor. River appears, and the Doctor berates her for not helping. She tries to explain that she could not have interfered in these events, and tells the Doctor how these recent events were partially his fault, having been brought about by those that feared his reputation. The Doctor, angry and emotional, demands to know who she is. River shows the Doctor the cot, and The Doctor recognises River's identity. Elated, he goes off on his own in the TARDIS to rescue Melody, asking River to return everyone to their proper time period. Amy demands that River explain what the Doctor learned, and she shows them the cot. Initially Amy believes River is referring to the Gallifreyan symbols engraved on it, but they cannot be read by humans even with the aid of the TARDIS translation systems. Instead, River shows them Bucket's cloth prayer leaf with Melody's name, still in the cot. Amy tells River that she knows her daughter's name; River tells her that the people of the Gamma Forest don't have a word for "Pond", as the only water in the forest is the river. As Amy and Rory stare at the prayer leaf, the writing is translated into English, revealing the child's name: River Song. River then reveals that she is their daughter.