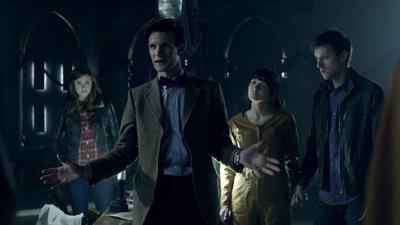 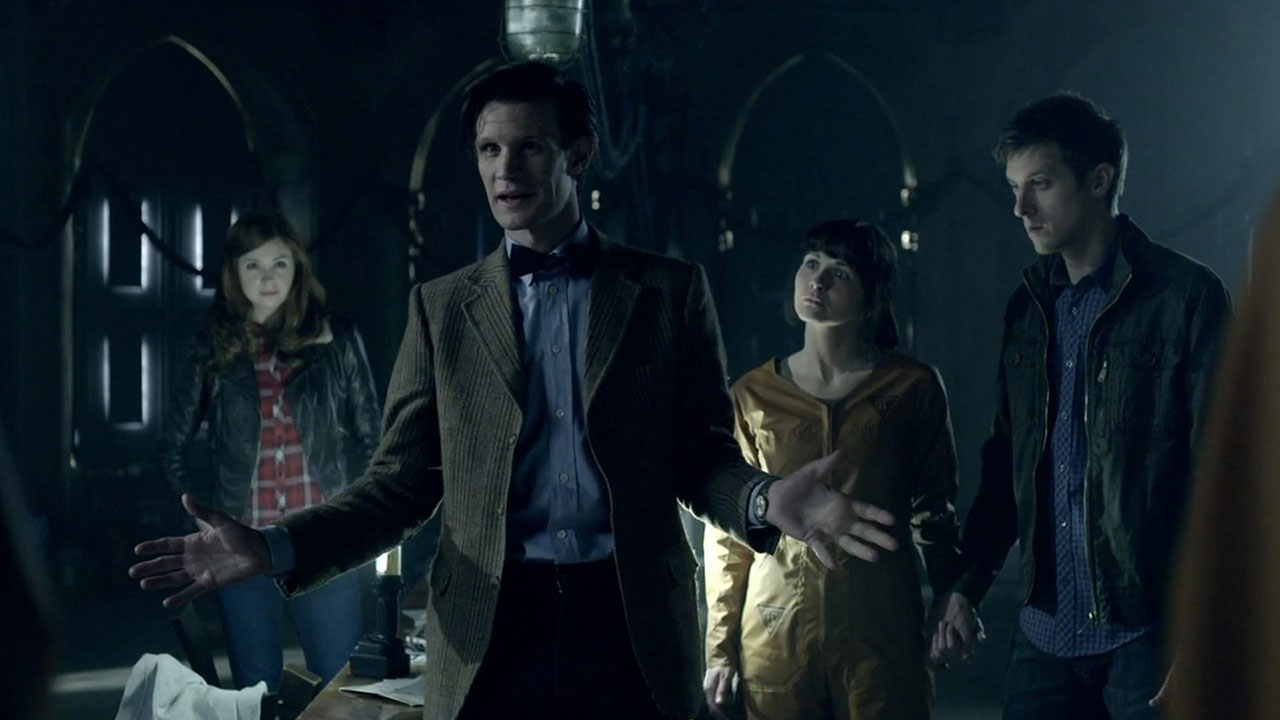 The TARDIS is caught in the first waves of a "solar tsunami" and materialises on Earth in the 22nd century. The Doctor, Amy Pond, and Rory find themselves on a remote island, where a factory housed in a former castle monastery pumps a valuable, highly corrosive acid to the mainland. The skeleton crew of the factory uses a self-replicating fluid called the Flesh from which they create doppelg?ngers of themselves, colloquially called "Gangers". The crew control the Gangers from special harnesses, operating in the hazardous environment of the factory via the disposable bodies. The Doctor, initially posing as a weatherman, fears the worst part of the solar tsunami will strike the solar-powered factory soon, threatening those still remaining, and offers to take the crew in his TARDIS. The foreman, Miranda Cleaves (Raquel Cassidy), refuses to shut down the factory until she receives orders from the mainland. As the solar storm begins, the Doctor races to disconnect the solar collector, but an electrical strike hits the castle, throwing the Doctor off the tower and knocking everyone inside unconscious.

When the crew awaken, they find themselves out of the control beds with no sign of the Gangers. However, their own personal belongings have been gone through and the TARDIS has sunk into acid-corroded ground. The Doctor explains that they have likely been unconscious for more than an hour and the Gangers have gained sentience. They soon discover that two of the Gangers are amongst them, posing as Cleaves and Jennifer (Sarah Smart), when the two give themselves away by turning pale-white. Jennifer also exhibits the ability to contort and stretch her body well beyond human limits. The Jennifer Ganger struggles with her new identity and befriends Rory who has begun to demonstrate an emotional attachment to her. The Cleaves Ganger works in secret with the other Gangers to try to kill the real humans, as the human Cleaves plans to kill the Gangers. The Doctor attempts to reunite the two sides but fails when the human Cleaves kills one of the Gangers with a high-powered electrical charge. The Gangers plan an attack, and the Doctor accuses Cleaves of killing a living being which Cleaves refuses to acknowledge. The Ganger Jennifer hunts her human counterpart to kill her. The Doctor determines that in a monastery, the safest place to be is the chapel, and directs everyone there. The Gangers, in acid-protection suits, bear down on the chapel. Rory responds to the sound of Jennifer screaming by deliberately separating from the group, against Amy's wishes. In the chapel, Amy and the Doctor discover a Ganger version of the Doctor.