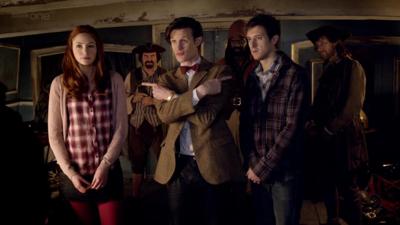 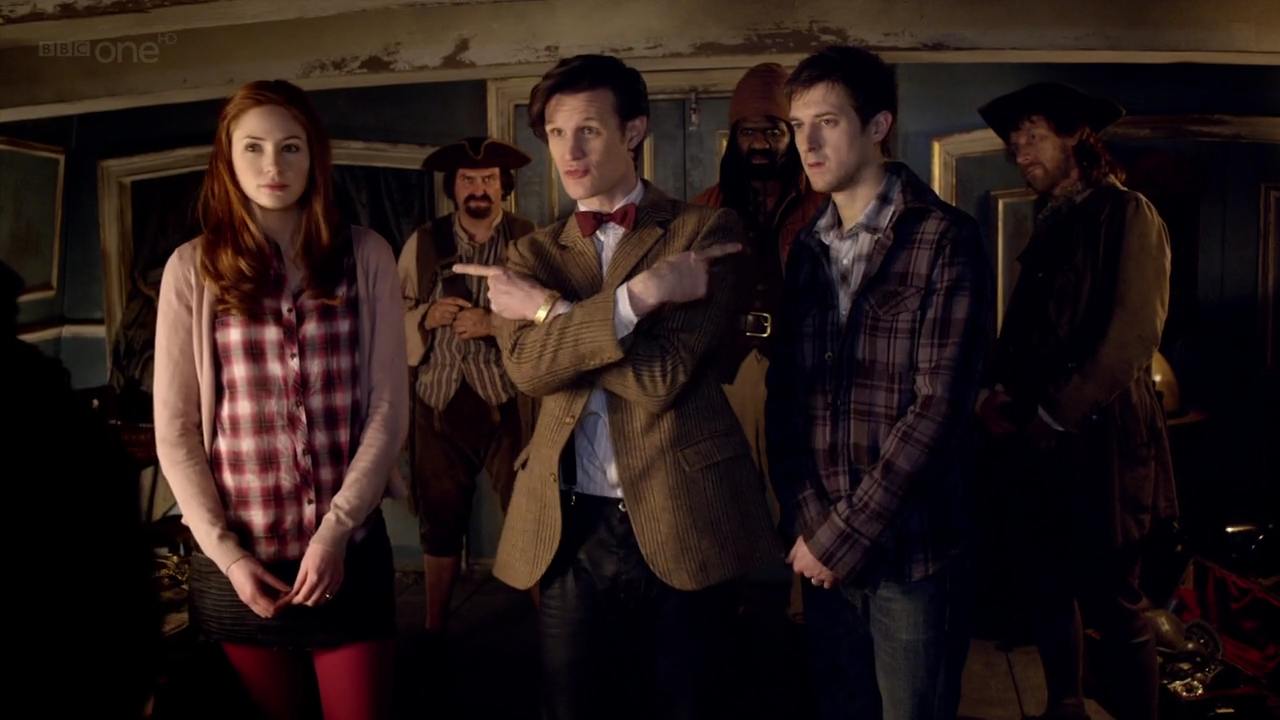 Following a distress signal, the TARDIS lands aboard a 17th century pirate ship stranded in the middle of a calm ocean. The ship's crew have been terrorised by a Siren-like creature (Lily Cole) who marks people with black spots on their palms after they are injured. Her song then lulls victims into a trance, making them want to go to her, which apparently disintegrates them. Rory Williams (Arthur Darvill) receives a cut during a tussle with the pirates, and finds a black spot on his hand. He is prevented from succumbing to the song of the Siren by Amy Pond (Karen Gillan) and the Doctor (Matt Smith).

Surmising the Siren is using water as a portal, the Doctor instructs everyone to seek refuge in the ship's dry magazine. There, they find Toby Avery (Oscar Lloyd), the son of the ship's captain Henry Avery (Hugh Bonneville), who stowed away on the ship in order to join the crew after his mother died, unaware of his father's illicit deeds. He too has a black spot on his palm due to a fever. In an attempt to escape, the Doctor and Avery board the TARDIS, but find it is acting haphazardly, and are forced to evacuate, and they watch as it dematerializes by itself. After another shipmate is taken by the Siren in a dry room, the Doctor realises the Siren is actually using reflection to appear. In response they rid the ship of any reflective surfaces, including the ship's stolen treasure.

When a storm begins, those who remain on the ship start to set sail. Toby drops a polished crown while bringing his father a coat. The Siren is summoned and takes Toby. Soon, Rory falls into the ocean, and the Doctor rationalises that the Siren has shown intelligence and will likely get to Rory before he drowns. Believing the victims are not dead, the Doctor convinces Avery and Amy to prick themselves. The Doctor's suspicions are confirmed when the Siren's touch actually teleports them to an alien spaceship, invisible in the same spot the pirate ship is located.

The Doctor finds the spaceship's crew long dead from exposure to a human virus. The trio then discover a sickbay where Avery's entire crew, Toby and Rory are in medical care. The Siren turns out to be the ship's emergency medical programme, which is caring for the injured humans; the black spots are tissue samples used as references. Amy convinces the Siren to release Rory into her care. Using Rory's nursing knowledge, Amy and the Doctor remove him from life support and are able to resuscitate him. Meanwhile, Avery decides to stay with his son and his crew, unable to go back to England himself while the ship will care for his crew. Avery takes the helm of the spaceship and, along with Toby and his crew, sets off to explore the stars.