< Terry Nation's Dalek Special
Dr. Who in an Exciting Adventure with the Daleks > 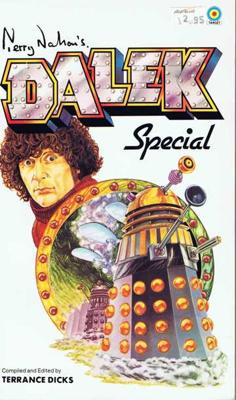 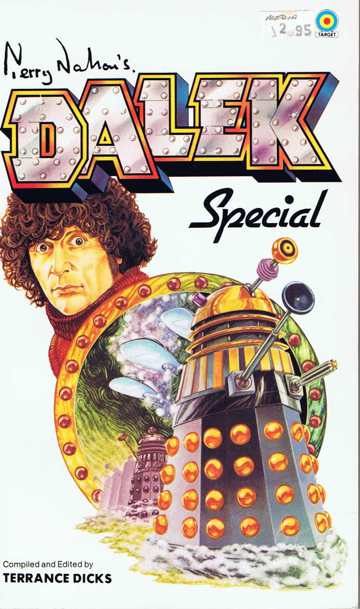 Terry Nation's Dalek Special is a partial non-fiction, partial fiction book by Terry Nation (compiled and edited by Terrance Dicks) that was published by Target Books in 1979. The book features retrospectives on the numerous Daleks stories televised up to that date (including the then-recent Destiny of the Daleks). Also included are quizzes and games.

Most notably, however, the book contains a six-chapter novella written by Nation called Daleks: The Secret Invasion. This original story, which does not feature the Doctor, tells of an attempted invasion of Earth by the Daleks and how several young people fight to prevent it from succeeding. Predating the release of Turlough and the Earthlink Dilemma by seven years, this is the first original Doctor Who-related fiction published by Target, and the only fiction written for the company by Nation himself. According to Howe's Transcendental Toybox, however, the story is not original to this book but had previously been published in the London Evening News.

Publisher's summary
The Daleks return! DALEK SPECIAL is a compendium of their past triumphs, their early beginnings, their series and their latest adventure. Packed with games and puzzles, this extravaganza even contains an original story by the Dalek creator, Terry Nation. DALEK SPECIAL is everything you have always wanted to know about Britain's favourite meanies!