< The Gaze of the Gorgon
The Caterpillar Men > 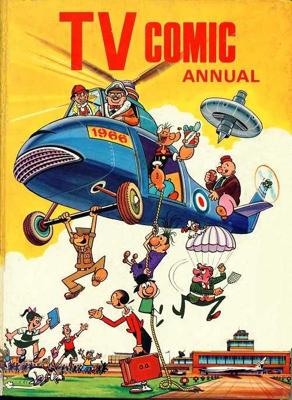 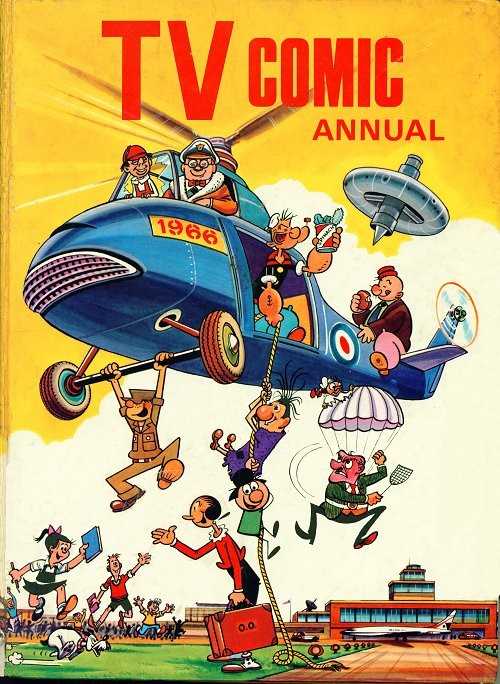 Prisoners of the Kleptons was a First Doctor comic story printed in the TV Comic special issue TV Comic Annual 1966.

Spaceship 0120 sends a distress message as it is pulled towards an unknown planet. Upon landing, the two occupants emerge onto a hot landscape and are attacked by a strange craft which looks like a winged bubble.

The TARDIS arrives near the deserted spaceship. John finds a flare gun inside the craft. The Doctor, John, and Gillian walk towards a giant pyramid in search of the craft's occupants. A bubble ship emerges from the top of the pyramid and the Doctor recognises the pilot as a Klepton. John cracks the dome of the ship with the flare gun, sending it crashing out of control, and they commandeer the craft, flying it into the pyramid.

Inside the pyramid, they are captured by Kleptons, who demand the Doctor assist them in invading Earth. The Doctor refuses and they are imprisoned with the spaceship pilots in a small basket suspended over boiling oil. They will be dumped into the oil if they refuse to assist in the invasion. John ignites the oil, distracting the Kleptons so they can all escape in a pair of bubble craft. The Kleptons are in pursuit, but they have turned off the magnetic beam they used to trap the spacecraft, so it is able to escape the planet. The Doctor, John, and Gillian leave in the TARDIS.

Plot
NR
(?)
Acting
NR
(?)
Effects
NR
(?)
Replay
NR
(?)
1st Doctor
First Doctor - TV Comic
Gillian Who
John Who
First Doctor - TV Comic
3.0
The Disintegrator
?
Return of the Daleks!
?
The Dalek Revenge
?
Invasion
?
Subzero
5.7
The Klepton Parasites
5.0
The Therovian Quest
5.0
The Hijackers of Thrax
4.3
On the Web Planet
5.0
The Gyros Injustice
6.0
Challenge of the Piper
6.5
Moon Landing
7.0
Time In Reverse
4.0
Lizardworld
5.0
The Ordeals of Demeter
?
Enter: The Go-Ray
?
Shark Bait
7.0
A Christmas Story
?
The Didus Expedition
?
Space Station Z-7
?
Plague of the Black Scorpi
?
The Trodos Tyranny
?
The Secret of Gemino
?
The Haunted Planet
?
The Underwater Robot
?
Return of the Trods
?
The Galaxy Games
?
The Experimenters
4.0
Prisoners of Gritog
?
Guests of King Neptune
?
The Gaze of the Gorgon
4.0
Prisoners of the Kleptons
4.0
The Caterpillar Men
?
Deadly Vessel
?
Kingdom of the Animals
5.0
Boxset Average Rating
Writer:
Roger Noel Cook