< The Threat From Beneath
Carnage Zoo >

Doctor Who - Battles in Time 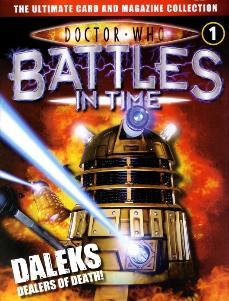 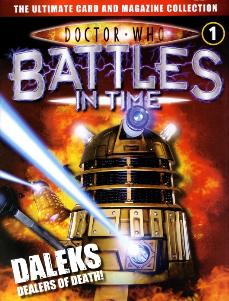 Doctor Who: Battles in Time is a trading card game and magazine published by GE Fabbri Ltd under licence from the BBC in the UK.

The magazine included a regular fortnightly, four page, individually titled, comic strip adventure, all of which from Issue 7 were drawn by Lee Sullivan (an artist with a long-standing relationship with Doctor Who), written by Stephen Cole (former BBC Books range editor and writer), and featured the Tenth Doctor.