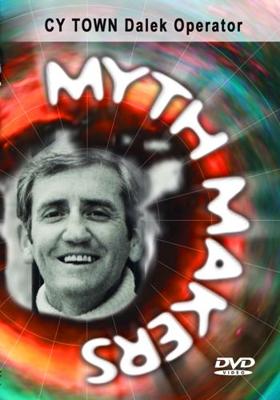 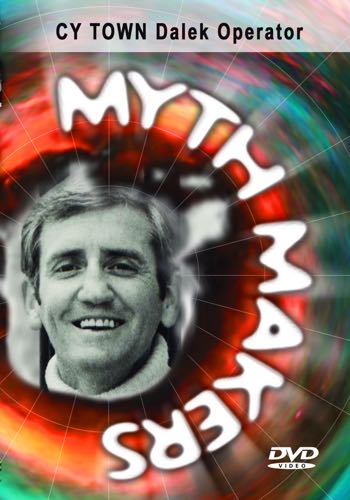 After leaving school Cy Town worked in the office of an engineering firm and Staffordshire County Council before National Service and then joining the accounts department of a London-based packaging company.

During all his spare time he worked in amateur dramatics, finally deciding to try his hand at acting full-time at the age of 36. Since then, Cy has never needed to find work outside ‘the business’. His appearances have been mainly in small supporting roles or as a walk-on, or as an extra, but he has always been in demand.

Cy is best known to Doctor Who fans as one of the close-knit group of Dalek operators and in this Myth Makers he reveals many of the trials and tribulations they endured bringing the Daleks to life.

This Myth Makers was recorded at the Doctor Who Appreciation Society’s Doctor Who Unleashed convention, held in Ipswich in July 2006. It combines two interviews with Cy, one on stage and the other an exclusive for Myth Makers, during one of his few spare moments!