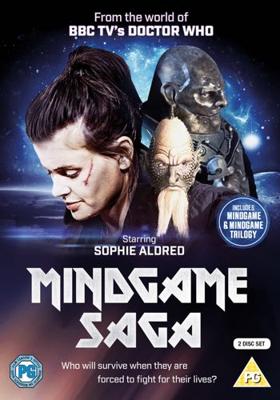 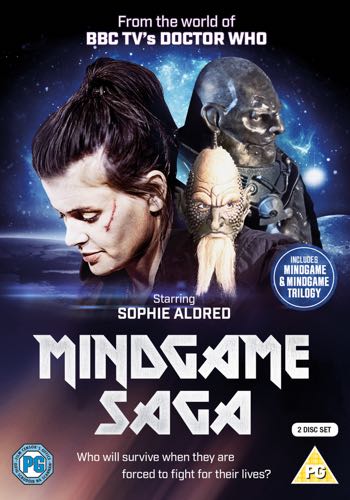 Includes Mindgame and Mindgame Trilogy, featuring actors and characters from Doctor Who.

In Mindgame, a classic “prison cell” drama from the late '90s, three diverse life forms are mysteriously transported to a cell somewhere in time & space and forced to fight. A human played by Sophie Aldred ('Ace' in Doctor Who), a Sontaran and a Draconian (played by Miles Richardson son of Ian).

The two-disc set also includes Mindgame Trilogy, the sequel to Mindgame, in which we find out what happened to the three combatants after the battle!

MINDGAME: The classic prison cell drama. Three warriors are forced to fight by an evil alien intent on testing the combat skills of creatures from our dimension. Can they trick him and escape back to their own timelines?

MINDGAME TRILOGY: Continuing the individual stories of the three warriors; BATTLEFIELD written by Terrance Dicks. Field-Major Sarg is in trouble. Trapped, wounded and alone on a battle-scarred planet, he is forced to accept he may die … but at least it will be a glorious death or so he hopes; PRISONER 451 written by Miles Richardson. To be or not to be, that is the question! On trial for subversion, Commander of Brigade Merc faces the ultimate penalty; SCOUT SHIP written by Roger Stevens. A dying ship drifting in space. The human mercenary pilot faced with certain death. Time may be relative… but it still runs out!