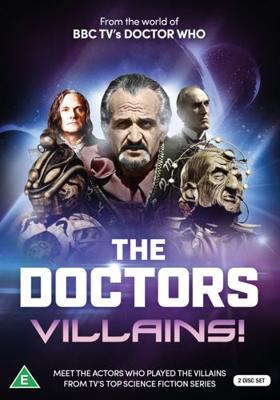 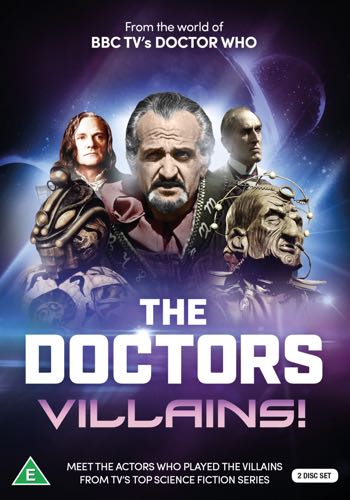 This is the definitive set of interviews with a group of actors who brought the villains in Doctor Who to life and sent you “behind the sofa”!

This special release contains five in-depth interviews with Ian Collier (Omega - Arc of Infinity), Bernard Archard (Marcus Scarman - Pyramids of Mars), David Gooderson (Davros - Destiny of the Daleks), Peter Miles (Nyder - Genesis of the Daleks), Julian Glover (Scaroth - City of Death), plus a fascinating tribute to Roger Delgado (The Master) by the cast and production staff he worked with.

For all Doctor Who fans, this 2 DISC special collector’s edition is 5 hours of pure nostalgia, which will give you a whole new insight into the making of your favourite science fiction series!