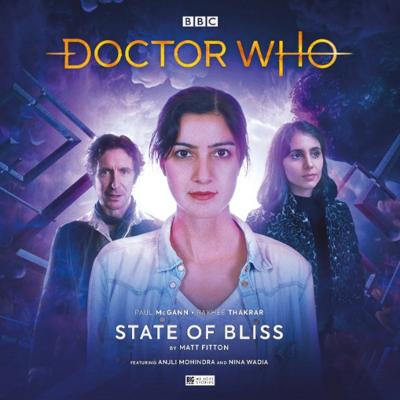 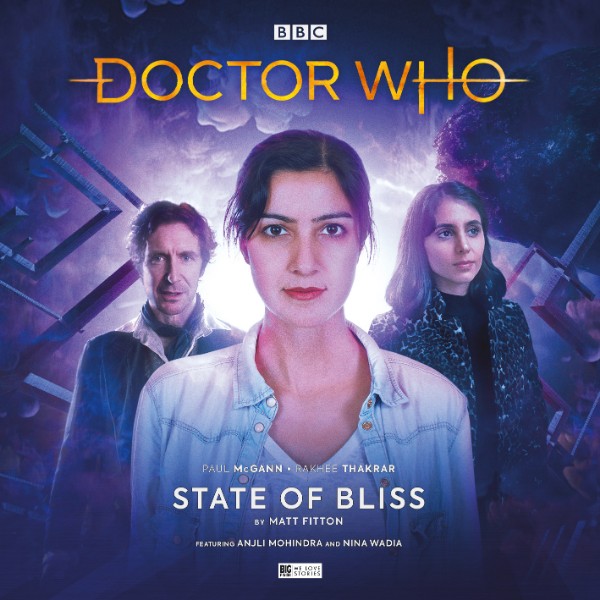 The Time War rages through space and time two powerful enemies in a fight to the death. The Doctor keeps to the fringes of the conflict, helping where he can. He is not a warrior. Not yet. But this war takes no prisoners, and friends and enemies are drawing the Doctor ever closer to his destiny…

3.1 State of Bliss by Matt Fitton

Bliss has lost her home, her family, and her friends an orphan of the Time War. The Doctor attempts to find out where things went wrong. Across a multiverse of possibilities, Bliss discovers the many paths her life could have taken but do they always lead to the Time War?

And if Bliss can save her past, will she destroy her future and the Doctor’s?