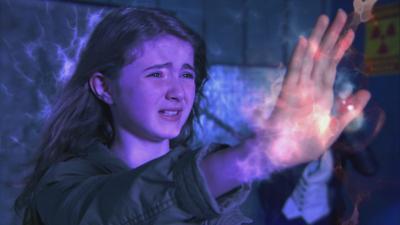 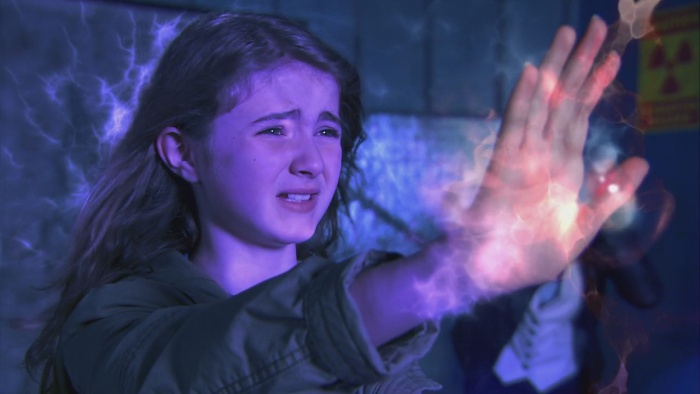 Sky was the first serial of series 5 of The Sarah Jane Adventures. It was written by Phil Ford and directed by Ashley Way. It featured Elisabeth Sladen as Sarah Jane Smith, Daniel Anthony as Clyde Langer, Anjli Mohindra as Rani Chandra, Sinead Michael as Sky Smith and Alexander Armstrong as Mr Smith.

It introduced Sky Smith, who would later become the adoptive daughter of Sarah. Like all of series 5, it was actually filmed as a part of series 4, roughly a year before its broadcast. This production scheduling allowed for the episode to be completed and broadcast after the death of Elisabeth Sladen.

Although the story introduced a new regular character, it also contained the last appearances of Gita Chandra, Professor Celeste Rivers and the Shopkeeper. Due to the unexpected end of production, none of these characters were given a narrative conclusion; Sky is merely their final story.