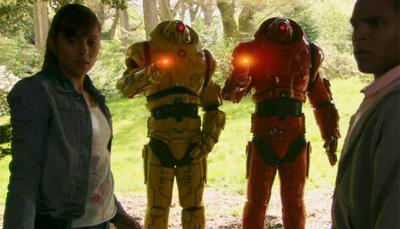 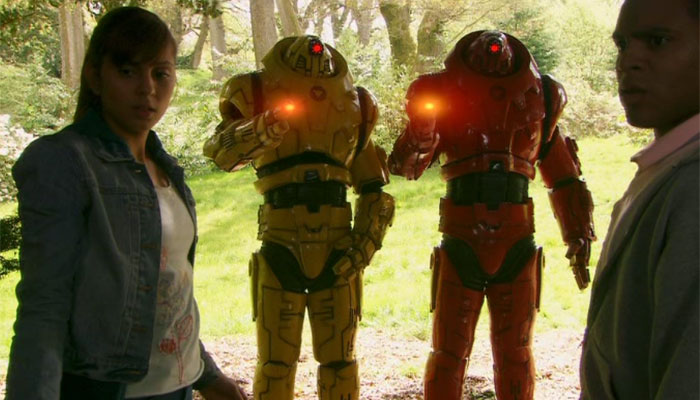 The Empty Planet was the fourth serial of series 4 of The Sarah Jane Adventures. It was written by Gareth Roberts and directed by Ashley Way. It featured Elisabeth Sladen as Sarah Jane Smith, Daniel Anthony as Clyde Langer, Anjli Mohindra as Rani Chandra and Alexander Armstrong as Mr Smith.

It was notable for its minimal cast and its exceptionally heavy use of location filming. The story focused on Clyde and Rani, including at least one of the characters in nearly every scene. The events of this story also strengthened their personal connection, hinting at a possible romantic attraction.