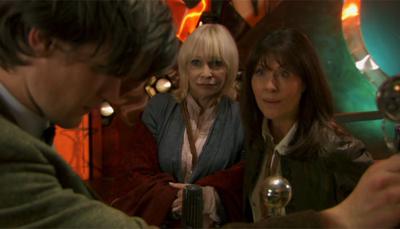 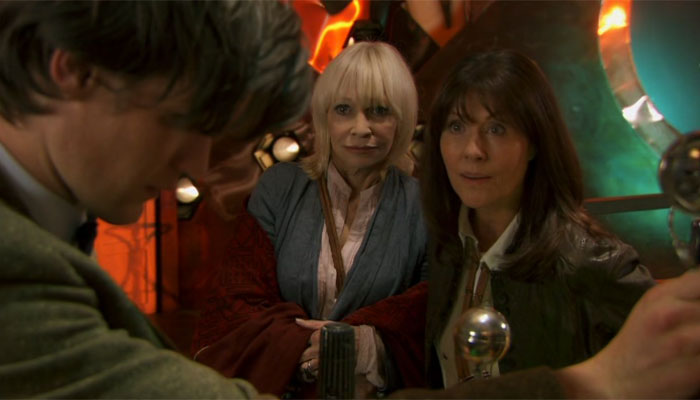 Death of the Doctor was the third serial of series 4 of The Sarah Jane Adventures. It was written by Russell T. Davies and directed by Ashley Way. It featured Elisabeth Sladen as Sarah Jane Smith, Daniel Anthony as Clyde Langer, Anjli Mohindra as Rani Chandra, Alexander Armstrong as Mr Smith, Katy Manning as Jo Jones, Finn Jones as Santiago Jones and Matt Smith as the Eleventh Doctor.

It was also narratively important for the changes it made to other stories. It added to The End of Time by stating that the Tenth Doctor had visited all his former companions, not just the original-to-BBC Wales companions seen in that story. It established something not strongly asserted in Sarah's first season: the Third Doctor and members of UNIT had vividly described Jo, such that Sarah was able to recognise her in this story without ever having met her before.

Behind the scenes, it was the only time that Russell T Davies wrote for the Eleventh Doctor for television, having completely turned over his production responsibilities to the programme the instant that David Tennant's side of the regeneration sequence was completed on The End of Time.