< 2.5 - The Temptation of Sarah Jane Smith
From Raxacoricofallapatorius with Love > 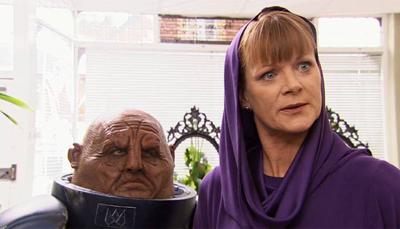 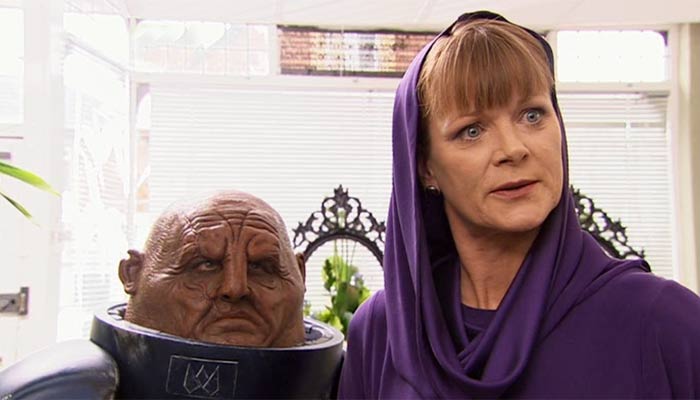 Enemy of the Bane was the sixth and final serial of series 2 of The Sarah Jane Adventures. It was written by Phil Ford and directed by Graeme Harper. It featured Elisabeth Sladen as Sarah Jane Smith, Tommy Knight as Luke Smith, Daniel Anthony as Clyde Langer, Anjli Mohindra as Rani Chandra and Alexander Armstrong as Mr Smith.

It introduced the Black Archive, a collection of very dangerous alien technology that UNIT guards with maximum secrecy and security. It also included the return of villains Mrs Wormwood and Kaagh.

Most notable was the surprising return of another character with a long history in the Doctor Who series: the Brigadier. Lethbridge-Stewart had not appeared on television since the Doctor Who story Battlefield in 1989. This was the final televised appearance of the Brigadier. Nicholas Courtney died in 2011. His character was then retired through his passing away during the events of The Wedding of River Song. However, the character made a brief return in Death in Heaven as a Cyberman created during Missy's campaign on Earth.