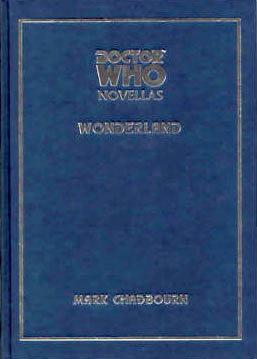 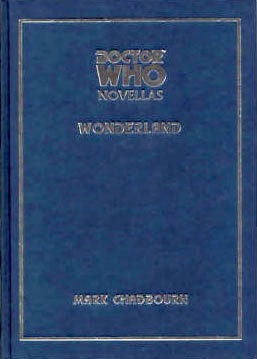 Wonderland is a Telos novella that renders an atypically adult and unusually American take on Doctor Who. Though it features a bevvy of recurring Doctor Who enemies the Menoptera, the Cybermen and even aspects of WOTAN the fact that it is narrated in the first person by an American woman caught up in the counterculture movement of 1967 San Francisco yields a grittier, more visceral kind of prose than is usual in Doctor Who fiction.[1]

Indeed, its pages are mainly concerned with a bad strain of LSD circulating in San Francisco's Haight-Ashbury district during the time of the famous Human Be-In concert. Far from idealising the values of the "Summer of Love", the book is unafraid to give a balanced view of hippies, free love, and drug culture.

By placing Ben and Polly amongst their American contemporaries, Chadborn is able to utilise the original setup for those characters, as depicted in their War Machines introduction in the Inferno club in London. Polly is the upbeat go-getter from the "Swingin' Sixties", and Ben is the "L7 square" military man saddled with a big bag of cynicism.

The Second Doctor, though somewhat marginalised due to the narrator's perspective, is able to capitalise on his Beatles-inspired look in a much more literal way than was ever the case on television. Indeed, the fact that the Doctor doesn't feature heavily in the book allows the author to make a powerful statement about the Doctor's general philosophical tendencies.

As Graham Joyce said in his foreward:

"Wonderland is Doctor Who on acid, and perhaps my only regret ... is that the Doctor doesn't get to take the drug himself. But then again the Doctor probably doesn't need to. He's a trip-and-a-half all on his own. He's already there."