< Fear Itself
The Time Travellers > 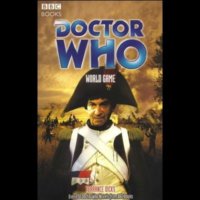 The Doctor has been captured and put on trial by his own people, accused of their greatest crime: interfering with the affairs of other peoples and planets. He is sentenced to exile on Earth. That much is history.

But now the truth can be told ? the Doctor does not go straight into exile. First the Time Lords have a task for him. From the trenches of the Great War to the terrors of the French Revolution, the Doctor finds himself on a mission he does not want, with a companion he does not like, his life threatened at every turn.

Will the Doctor survive to serve his sentence? Or will this adventure prove to be his Waterloo?