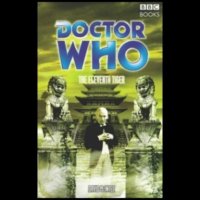 May you live in interesting times.

The TARDIS crew have seen many different eras. When they arrive in China in 1865, they find banditry, rebellion, and foreign oppression rife. Trying to maintain order are the British Empire and the Ten Tigers of Canton, the most respected martial arts masters in the world.

There is more to chaos than mere human violence and ambition. Can legends of ancient vengeance be coming true? Why does everyone Ian meets already know who he is? The Doctor has his suspicions, but he is occupied by challenges of his own. Soon the travellers must learn that sometimes the greatest danger is not from the enemy, but from the heart.

In interesting times, love can be a weakness, hatred an illusion, order chaos, and ten Tigers not enough.