Shadow in the Glass 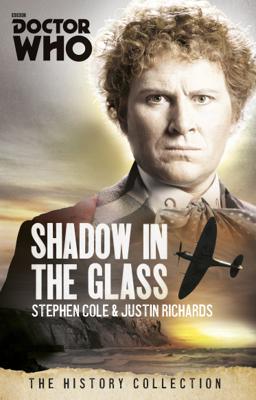 May 17th 1944: A squadron of Hurricanes shoots down an unidentified aircraft over the Dorset village of Turelhampton. A routine operation. So why is the village immediately evacuated?

2001: Troops still occupy Turelhampton, guarding the village's dark secret. When a television documentary crew break through the cordon looking for a story, they find they've recorded more than they'd bargained for.

Meanwhile, in Cornwall, a journalist is witness to a terrifying ceremony: agents of the worst evil in history plan to unleash a new, unthinkable horror on the world.

Caught up in both a deadly conspiracy and historical mystery, retired Brigadier Lethbridge-Stewart calls upon his old friend the Doctor. Half-glimpsed demons watch from the shadows as the Doctor and the Brigadier discover the last, and deadliest, secret of the Second World War.