< Bunker Soldiers
Shadow in the Glass > 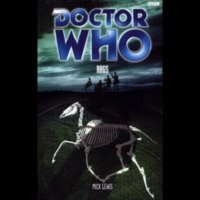 A convoy of disenchanted ragamuffins is winding its way through the south-west of England. At its head, a filthy cattletruck containing four punk mummers... and something else. The band plays sudden, violent and hate-filled gigs along the way: Dartmoor, Glastonbury Tor, an old cemetery in Bristol. And every time they play, people die in unspeakable ways. Aristocrats, high-flying stockbrokers, police officers, all find themselves the victims of a Class War that is threatening to shatter society.

Within the dark cattletruck, a malevolent force is leading this ragged army on a Magical Mayhem Tour towards its final, secret destination. With Jo powerless to resist its seductive influence and the Doctor lost in a nightmarish void, can the band from hell be prevented from staging its final society-cracking performance, and thus spelling the end of the road for... everything?