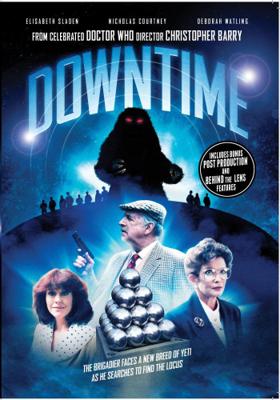 Sometime after Victoria had parted company with the Doctor on 20th century Earth (Fury from the Deep), she is lured back to the Detsen Monastery in Tibet (The Abominable Snowmen) by a dream telling her she find her late father there. Instead, she finds the Great Intelligence, which still possessed the mind of Professor Travers (The Web of Fear).

15 years later, Victoria is the vice chancellor of New World University. New World is an institution that claims to offer spiritual guidance to distraught youth. In reality, New World is the headquarters for the Intelligence's new plan to conquer the world by infecting all of the computers (a plan the Intelligence tried again in "The Bells of Saint John" after technology had significantly advanced). Both the administration and students await the coming of a "new world" that will be heralded by the chancellor, the Intelligence-possessed Travers.

Victoria's motives are well-meaning but misguided, having been manipulated with a promised "light of truth". The students themselves have been brainwashed through their computer courses and are slaves of the Intelligence. Outsiders refer to them as "chillys".

The Intelligence needs a final missing Locus to attain its goal. It believes the Brigadier has it, but the locus is actually with his daughter Kate and grandson Gordon on their narrowboat.

Throughout the story the Brigadier is aided by a New World student named Daniel Hinton, a former student of his from the Brendon School. The Intelligence's conditioning failed on Hinton, though at times he is still under its influence and at one point becomes a Yeti. He can communicate with the Brigadier through the bardo or astral plane.