< The Curse of Fenric
The TV Movie > 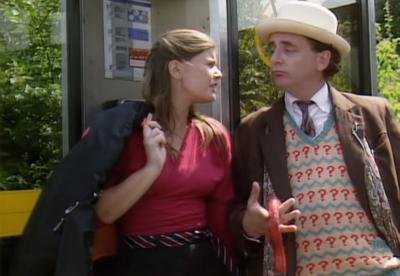 The Doctor takes Ace to present day Perivale so that she can revisit old friends. Most of them however have been transported by cat-like Kitlings to the planet of the Cheetah People, a race with the power to teleport through space. Ace is transported and joins up with two of her friends, Midge and Shreela, and a boy named Derek.

The Doctor follows and encounters the Master, who has drawn him into a trap to try to gain his help. This planet gradually transforms its inhabitants into Cheetah People - an influence to which the Master himself has fallen victim - while they in turn, through the savagery of their actions, cause the planet to move ever closer to total destruction.

Midge is overcome by the planet's influence, and the Master uses him to teleport to Perivale. Ace, who has developed an affinity with a Cheetah woman called Karra, gains the same ability and takes the Doctor and the others back as well. The Master causes Midge's death and kills Karra, who has followed them all to Earth. Then, succumbing to the influence of the now-disintegrating Cheetah planet, he drags the Doctor back there.

The Doctor refuses to fight him, however, and is transported back to Earth. He rejoins Ace, and they head off for new adventures.