< The Robots of Death
Horror of Fang Rock >

The Talons of Weng-Chiang 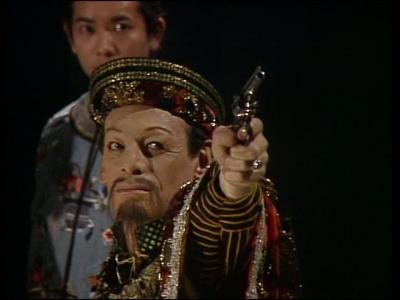 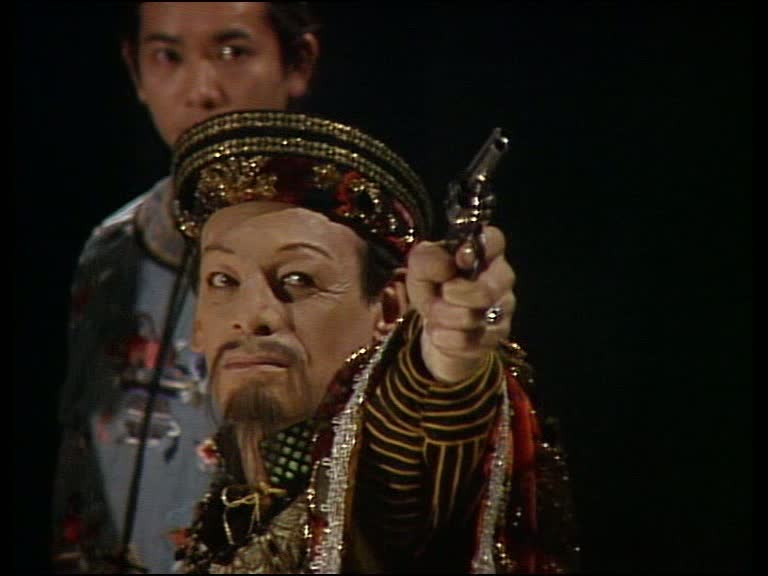 Arriving in London at the end of the 19th Century, the Doctor and Leela make friends with a police pathologist, Professor Litefoot, and learn that hairs taken from the clothing of a dead body found floating in the Thames seem to have originated from a very large rat.

The Doctor's investigations take him first to the sewers, where there are indeed giant rats on the loose, and then to the Palace Theatre, where a stage magician, Li H'sen Chang, is procuring young girls for his master, the ancient Chinese god Weng-Chiang. Weng-Chiang is in fact Magnus Greel, a war criminal from the 51st Century. The journey back through time has disrupted his molecular structure and he now needs to feed on the life force of others - hence his use for the young girls. He has come to London to retrieve his lost time cabinet, which is in the possession of Litefoot. Infiltrating Litefoot's home with Chang's ventriloquist doll Mr Sin - a computerised homonculus with the brain of a pig - he retrieves the cabinet and prepares to travel back to his own time.

The Doctor, aided by Leela, Litefoot and Henry Gordon Jago, the proprietor of the Theatre, tracks him down to his lair and traps him before he can escape. Greel falls into his life force extraction machine and disintegrates. The Doctor is then attacked by Mr Sin but manages to disconnect its circuitry, rendering it inanimate.