< The Talons of Weng-Chiang
The Invisible Enemy > 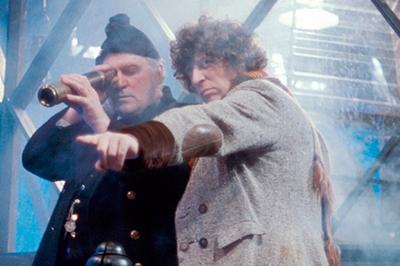 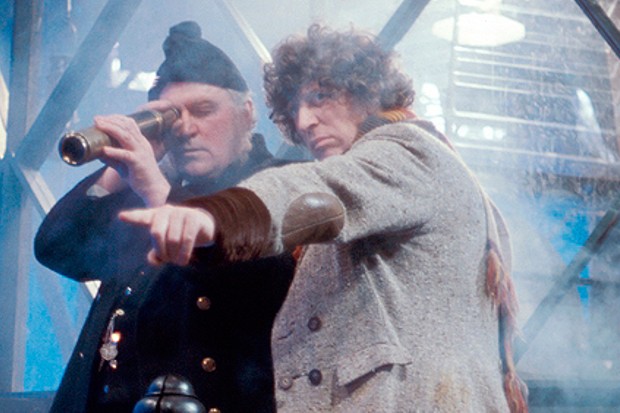 The TARDIS arrives on Fang Rock, a small island off the English coast, around the start of the 20th Century. The Doctor and Leela seek shelter at a lighthouse where the island's only inhabitants - Ben, Vince and Reuben - operate the recently-installed electric lamp to warn ships off the treacherous rocks.

Vince has just seen a bright object fall from the sky into the sea. Ben then disappears and his body is later discovered hidden behind the generator - he has been electrocuted. A passing ship crashes on the rocks as a freak fog bank descends, and the survivors - Colonel Skinsale, Lord Palmerdale, Adelaide Lesage and Harker - stumble into the lighthouse. There they find themselves prey to a Rutan - one of the race engaged in a perennial war with the Sontarans - whose spaceship has crashed in the sea.

The Rutan can change its form at will and has been masquerading as Reuben, having killed the old keeper and hidden his body. Vince and the wreck survivors are also killed but the Doctor fights back by blasting the Rutan, now reverted to its natural form of an amorphous jelly, with a makeshift mortar bomb.

The Doctor then rigs up the lighthouse lamp with a diamond taken from a cache held by the now dead Skinsale, thereby creating a powerful laser beam to destroy the approaching Rutan mothership.