Invasion of the Bane (novelisation) 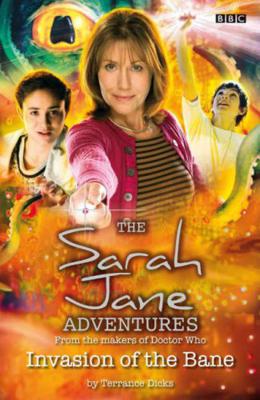 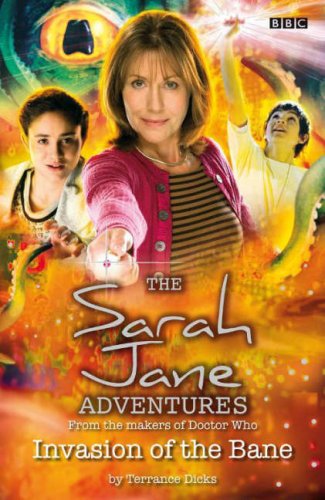 This book adapts Invasion of the Bane, the inaugural episode of The Sarah Jane Adventures. It was published simultaneously with the novelisations of Revenge of the Slitheen, Eye of the Gorgon and Warriors of Kudlak. It was listed first as it is based upon the pilot episode.

This marks the first novelisation of a Doctor Who-related television production since the 1996 release of Doctor Who - The Novel of the Film (based upon Doctor Who). It is the first adaptation of a "regular" episode/serial since The Evil of the Daleks in 1994. By writing this inaugural book, original-series script editor Terrance Dicks, who had recently returned to the world of Doctor Who fiction with the 2007 release Made of Steel returned to the world of episode adaptations; it is his first television novelisation since his adaptation of The Space Pirates was published in 1990, prior to which he had written the majority of original-series literary adaptations.