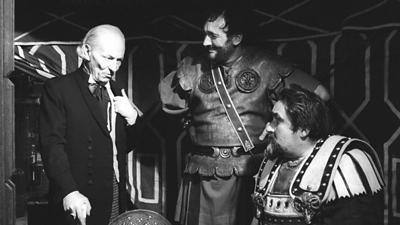 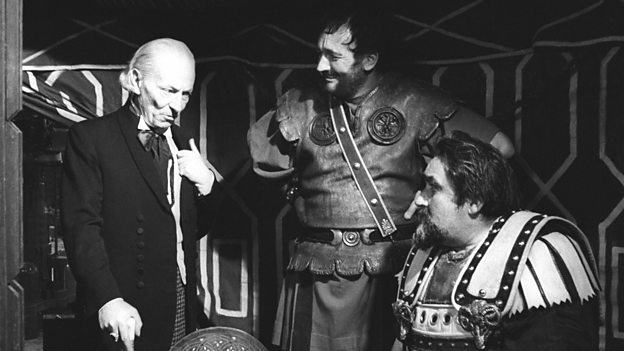 When the TARDIS arrives on the plains of Asia Minor, not far from the besieged city of Troy, the Doctor is hailed by Achilles as the mighty god Zeus and taken to the Greek camp, where he meets Agamemnon and Odysseus. Forced to admit that he is a mere mortal - albeit a traveller in space and time - he is given just two days to devise a scheme to capture Troy.

Steven and Vicki, meanwhile, have been taken prisoner by the Trojans, and Vicki - believed to possess supernatural powers - is given two days to banish the Greeks and thus prove that she is not a spy.

Having initially dismissed the famous wooden horse as a fiction of Homer's, the Doctor is eventually driven to 'invent' it himself, thereby giving the Greeks the means to defeat the Trojans.

In the climactic battle Steven is wounded by a sword-thrust to his shoulder and Katarina, handmaiden to the Trojan prophetess Cassandra, helps the Doctor to get him back to the TARDIS.

Vicki meanwhile, having adopted the guise of Cressida, elects to remain behind on Earth with the Trojan prince Troilus, with whom she has fallen in love.