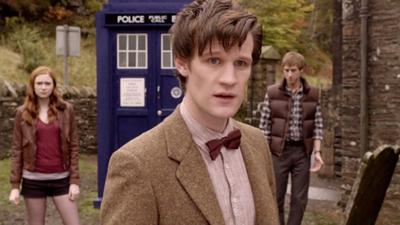 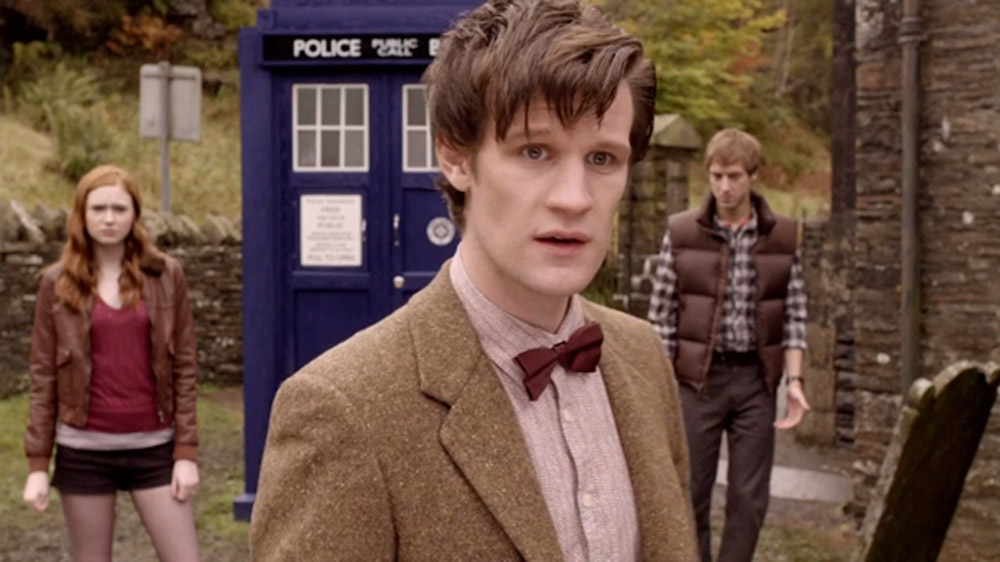 The Doctor, Amy and Rory land in the small Welsh village of Cwmtaff in 2020 instead of their intended destination, Rio de Janeiro. They encounter a mining operation led by Doctor Nasreen Chaudhry, who is studying minerals deep in the earth that have not been seen for over 20 million years. Nasreen is assisted by a local, Tony Mack, whose daughter and grandson, Ambrose and Elliot, are investigating the disappearance of bodies at the nearby church graveyard. An earth tremor causes the ground to open and sends Tony and Amy falling into it; Tony is rescued but Amy is pulled under by unknown forces. The Doctor surmises that the minerals form a bio-reactive defence system triggered by the drilling operation. The group is soon alerted to the presence of three life forms travelling up the drilling shaft from 21 kilometres (13 miles) below the earth, and they barricade themselves in the church. The Doctor explains Amy's disappearance to Rory and assures him he will get her back.
The three beings are discovered to be reptilian humanoids, and in a scuffle, they capture Elliot and strike Tony with a venomous forked tongue; the Doctor and Rory subdue one while the other two retreat with Elliot back into the earth. The Doctor realises the beings are a new form of Silurians, and that they have relented in their attack since both sides hold a hostage. The captured Silurian calls herself Alaya; she is a member of the warrior caste, awoken by the drill. Alaya believes, as do all Silurians, that the Earth still belongs to them, that the drilling was a form of attack by the humans, and that they will defeat humanity eventually. Tony, suffering from the effects of the venom, says they should dissect Alaya, but the Doctor warns that it would be seen as an act of war. The Doctor decides to travel in the TARDIS down the drilling shaft to talk to the rest of the Silurians and work out a truce; Nasreen accompanies him.
Amy awakens to find herself strapped to an examining table, near to where Ambrose's husband Mo is also ensnared. Mo explains that the Silurians intended to vivisect her, as they have vivisected him ? awake. The Doctor and Nasreen arrive underground in the TARDIS; the Doctor explains about the Silurians and says that he expects to encounter only a few of the creatures. The show ends on a cliffhanger as the Doctor and Nasreen behold an immense Silurian civilisation in the caverns below the earth.