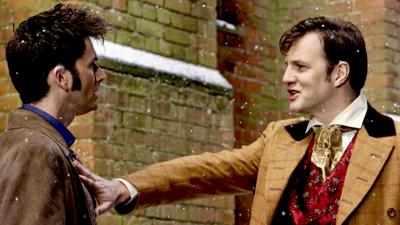 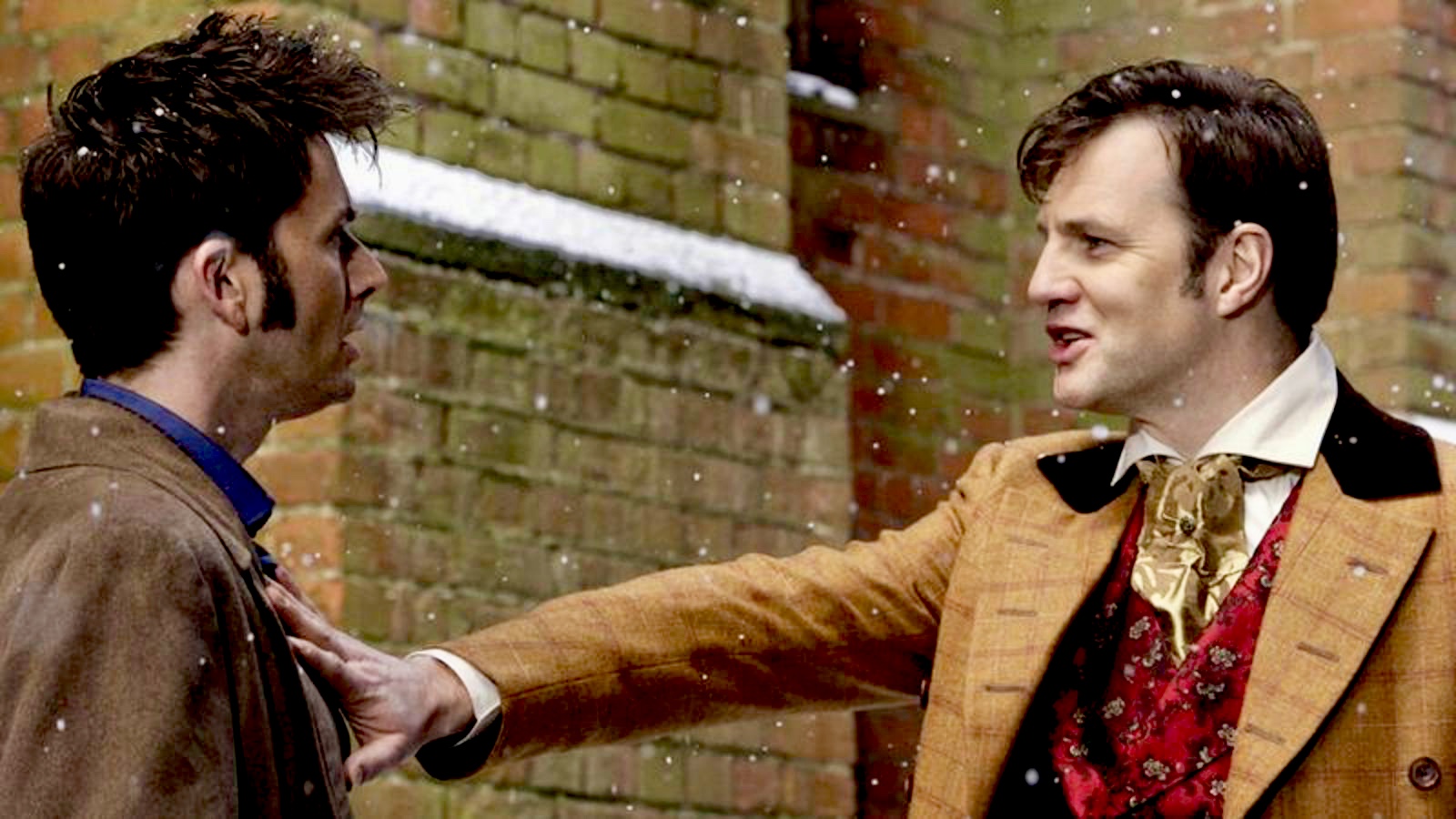 From Wikipedia:
The Doctor lands his TARDIS in London on Christmas Eve, 1851. Overhearing cries for help, he encounters a man calling himself "The Doctor" and his companion Rosita, attempting to capture a Cybershade. The Cybershade escapes the trio. The Doctor, in talking to the man, comes to believe he may be a future incarnation of himself, who is suffering from amnesia. The man, dubbed the Next Doctor, takes the Doctor to a nearby house of a recently deceased reverend, believing him tied to a series of disappearances around London and the Cybershade. Inside, they discover a pair of Cybermen data storage infostamps, which the Next Doctor recalls holding the night he lost his memories. The two are attacked by Cybermen, but the Next Doctor kills them using electrical discharge from the infostamps.
The two Doctors regroup with Rosita at the Next Doctor's base, where the Next Doctor claims his "TARDIS" is located. The Doctor is surprised to find the "TARDIS" is a gas balloon - "Tethered Aerial Release Developed In Style", and comes to realise that the Next Doctor is really a human, Jackson Lake, the supposed first missing person. The Doctor suspects that Jackson had encountered the Cybermen and used the infostamps containing knowledge of the Doctor to ward them off after they killed his wife, with the side effect of infusing his mind with knowledge of the Doctor. As Jackson contemplates this revelation, the Doctor and Rosita set off to try to find the source of the Cybermen, the Doctor believing that they have somehow managed to escape the Void using a Dimensional Vault. ("Doomsday")
The Doctor and Rosita enter an underground complex to find numerous children, pulled from workhouses around the city, at work under Cybermen guard. They encounter the bitter Miss Mercy Hartigan, the Cybermen's human ally that has brought the children to them for labour. The Doctor attempts to use a modified infostamp to overload the Cyberman's systems, but they instead repair it and identify the Doctor as their long-time foe, and prepare to "delete" him and Rosita. Jackson suddenly arrives, armed with several more infostamps which he uses to distract the Cybermen long enough for the three to escape. The Cybermen turn on Miss Hartigan, converting her into the controller for the "Cyberking", a giant mechanical Cyberman powered by the energy generated by the children.
Jackson explains to the Doctor he has started recovering his memories, and remembers encountering the Cybermen on moving into his new home. The Doctor considers that Jackson's home may be near the Cyberman base, and, there, discovers a second entrance into the Cyberman base. Inside, as the Cyberking starts to rise to the city, the three rescue the children, including Jackson's son who was abducted in the initial attack and caused Jackson's fugue state. As the Cyberking starts to lay waste to the city, the Doctor uses Jackson's balloon to rise near the level of the Cyberking's control room, and tries to reason with Miss Hartigan, offering to take her and the Cybermen to a new planet. When she refuses, the Doctor uses the infostamps to sever her connection to the Cyberking, exposing her to the raw emotion of what she has done. The emotional feedback causes the other Cybermen to overload, and the Cyberking to start to topple. The Doctor uses the Dimensional Vault to draw the Cyberking and the remnants of the Cybermen into the Time Vortex, saving London.
In the aftermath, Jackson thanks the Doctor for what he has done and is allowed to see the inside of the true TARDIS, much to his pleasure. He then offers the Doctor a place at Christmas dinner. However, the Doctor initially refuses, but is convinced to stay as Jackson now says it is a demand. Before they depart, Jackson enquires after the Doctor's many companions, and the Doctor replies that in the end, they move on, and he is left alone. The pair then head off for a Christmas dinner in honour of those they have lost.