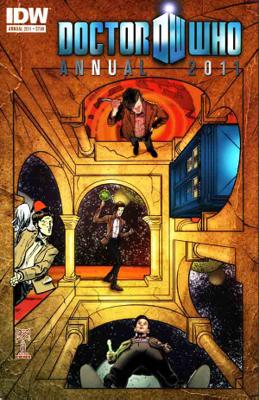 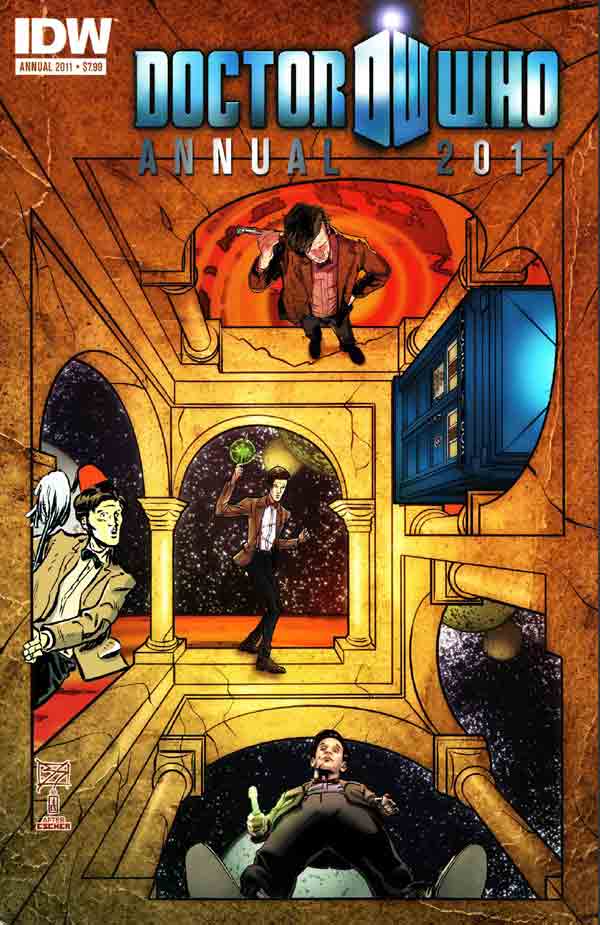 IDW Publishing's Doctor Who Annual 2011 was the first American comic book annual in the run of Doctor Who (2011), and thus the first to feature the Eleventh Doctor. It was issued in August 2011. Comprised of four stories that were mostly independent of IDW's ongoing narrative, the final story, "Your Destiny Awaits", linked the previous story in the regular run of the comic book to the next one.

From the back cover:

Join the Doctor and his friends in these four tantalising tales:

The Doctor tries to stay ahead of his pursuers in a topsy-turvy world in "Run, Doctor, Run" by Joshua Hale Fialkov and Blair Shedd.

The Doctor discovers an alien warrior hiding in the English countryside in "Down to Earth" by Matthew Dow Smith and Mitch Gerads.

Rory is the King of England. Amy is a revolutionary leader. The Doctor is a prisoner. Find out why in "Tuesday" by Dan McDaid.

Fate and fanaticism collide in "Your Destiny Awaits" by Tony Lee and Josh Adams.