< The Secret Lives of Monsters
The Dust of Ages: The Darksmith Legacy: Book One > 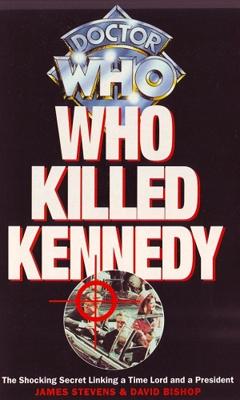 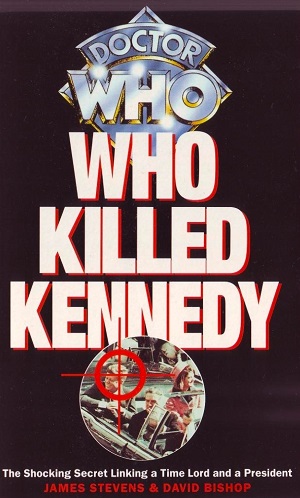 Who Killed Kennedy was a DWU novel published by Virgin Books. It was written by David Bishop. It is often considered by fans to be a part of the Virgin Missing Adventures series, although it was released as a standalone novel without ties to any of Virgin's ranges. Who Killed Kennedy was the first true Doctor-lite novel. It revolved around how journalist James Stevens' investigations into the Kennedy assassination led him into the world of the Doctor. This allowed the author to explore a number of televised stories from the perspective of a neutral observer, much as the character of Elton Pope would later be used in the television story Love & Monsters.

The book is further notable perhaps even infamous for a subplot involving the attempted rape, near-wedding and murder of former companion Dodo Chaplet. However, this aspect of the story has often been conflated with aspects of The Man in the Velvet Mask. As a result, many fans wrongly believe that Kennedy tells the story of Dodo dying from syphilis something that never happens in either book.[1]

Stylistically, author David Bishop unusually attempts to present the story as genuine journalism. In pursuit of realism, he even allows Stevens front cover credit for writing the book.