< The Hardest Day
1. Possibility of Life > 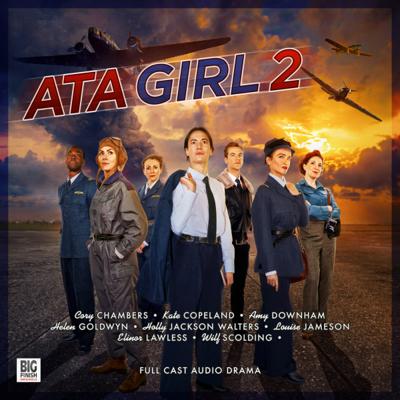 ATA Girl is a drama inspired by the real women of the Air Transport Auxiliary during WWII. From the UK and beyond, 168 female pilots, alongside the men, transported a vast range of aircraft from the factories to the squadrons, sometimes flying in perilous weather conditions and without radios or instrument instruction.

One in ten ATA pilots died.

Following on from the first quartet of stories, the female pilots of the Air Transport Auxiliary find themselves caught up in one of the most historic air raids of WWII, alongside a more personal drama that ends in tragedy. Later, despite the end of the war being in sight, the 'battles' more close to home continue; the disappearance of a pilot remains unresolved and it seems that a terrible crime may go unpunished.

1944-45. Paris has been liberated and the allies are gaining ground at last. The ATA women see in the new year with the hope of peace in the sight, but there are still old mysteries to be solved and painful losses to endure. Will they ever find out what happened to one of their missing pilots and can hard-nosed pilot Felicity repay the dangerous debt she owes?

Meanwhile, a friendship between newly engaged Rhiannon and black Canadian pilot, Gabriel, creates waves of disapproval, but Rhiannon is in more danger than anyone realises. Her war has only just begun.